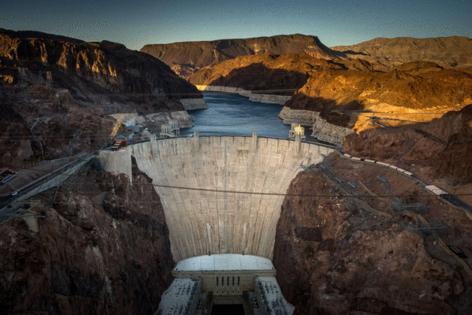 The reservoir level at the iconic Hoover Dam in the Southwest has plunged to its lowest since 1937 as the worst drought in decades grips the region.

Lake Mead, the largest reservoir in the U.S., fell to 1,072 feet (326 meters) on Wednesday as the flow of the Colorado River dwindles, according to the U.S. Bureau of Reclamation.

The towering concrete dam built during the 1930s at the Nevada-Arizona border provides power for nearly 8 million people in Arizona, Southern California and Nevada. Its capacity, normally 2,000 megawatts, has slipped 25% to 1,500 megawatts, as the reservoir level slides.

Almost three-fourths of the western U.S. is gripped by drought so severe that it’s off the charts of anything recorded in the 20-year history of the U.S. Drought Monitor.