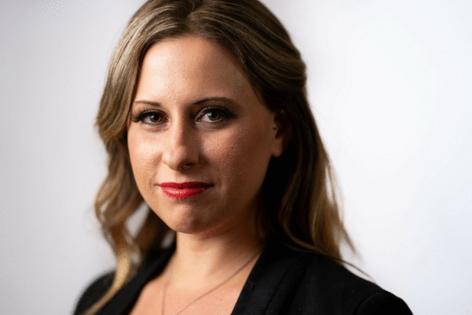 Katie Hill has faced deep lows since resigning from Congress after nude images of her were disseminated around the globe without her consent. She feared for her physical safety during her divorce; she had suicidal ideation, nightmares, mounting legal debt and anxiety about being recognized.

The 33-year-old is now channeling her energy and using her infamy to try to ensure that what happened to her does not happen to others, by making the nonconsensual dissemination of intimate pictures a federal crime.

“It hasn’t been easy. I think I’m somebody who has to kind of latch on to a cause ... or a purpose. So this is giving me something that I know that I can be fighting for on behalf of other people,” Hill said in a Zoom interview from the East Coast. “And I think that that’s a really important thing for me personally, too, and for my recovery.”

She is thinking about running for office again, though she worries about the toll, including the effect on her mental health and risks to her safety.

“I don’t feel like I have an obligation to [seek office], other than to show that people can recover from things, and if you’ve had a mission to do something and people try to derail you from it, don’t let them,” Hill said. “But I don’t know if that’s a good enough reason.”

The onetime Democratic rising star ruminated on the two-year anniversary of leaving what she described as an abusive marriage in a breakup that set off a chain of events that led to her resignation from Congress.

Some Democrats believe Hill still has a bright future in the party and could make a comeback.

“I think a lot of people, particularly Democrats and Democratic women, feel like she was the victim of a public bullying over those photos, and that’s something that should be illegal and a woman should not lose her job because of something like that,” said Katie Merrill, a veteran California Democratic strategist. “People think she has a bright future in front of her, and she is shining a light on an issue that is really important because it’s essentially a 21st century version of spousal abuse that played out in public for everyone to see.”

Hill’s primary cause at the moment is the reauthorization of the Violence Against Women Act, updated to make the sharing of intimate pictures a federal crime regardless of intent. The House has passed the proposal; it’s unclear when the Senate will vote. Two key sticking points are efforts to expand existing gun restrictions to those convicted of abuse or stalking in dating relationships, and to provide protection for the LGBTQ community.