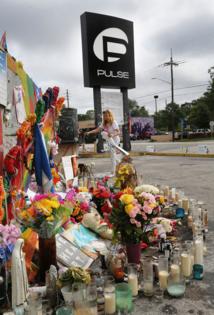 “It was more about, suck it up and keep going, just ball your emotions and your feelings together,” Reyes said, describing the mentality that allowed him to keep working despite the horror around him. “... But sometimes, deep down, it still hurts.”

The chaos of June 12, 2016, left lingering trauma for those who tried to save the lives of those wounded at Pulse, and led local agencies to reexamine the services and preparation available to local rescuers, with the Orlando Fire Department expanding mental health services and Orlando Regional Medical Center amplifying training protocols.

UCF Restores, which provides clinical treatment to people with PTSD, responded to OFD two days after the shooting to arrange debriefing discussions, and worked with the Orlando Police Department to host trauma workshops and mental health evaluations. She said a “suck it up, buttercup” mentality exists among first responders, something she hopes to reverse.

“People get into the first responder profession because they have a love of humanity, and they want to be able to help others,” Beidel said. “If they have a hard heart and didn’t care about other people, they wouldn’t be a first responder.”

“To ask people to not feel a thing after this type of horrific event, it’s just something that’s not human in nature,” she said, “and that’s the stigma we have to get around.”

More than 60 people who experienced trauma related to Pulse have received support from UCF Restores services, and the organization continues to provide support for firefighters.