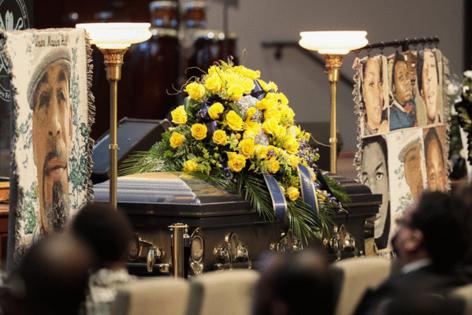 "Tonight's ordinance represents the largest settlement in our city's history," Council member Shayla Favor said. "We cannot afford to continue in this manner and I hope this is the last time that we will see something like this come before us."

"No amount of money can make this right," said Council member Mitch Brown. "Nothing can replace the loss of this father, brother and friend. No settlement can replace his smile, his touch, or the holidays spent with loved ones."

The council approved the settlement only three days after City Attorney Zach Klein announced an agreement had been reached.

Asked how the city attorney's office could have reached the settlement so quickly, even as a criminal trial is pending for former Columbus police Officer Adam Coy on charges of murder and reckless homicide, Senior Assistant City Attorney William Sperlazza said it was based on facts and law.

"The city felt a strong desire to do right by the family and to engage in honest and serious negotiation, because we feel the pain in our office, in our group, of what happened this night, and it was important to us to give the family some degree of comfort, some ability to perhaps take the next step to move on," Sperlazza said.

The council voted 6-0, with President Shannon Hardin absent, to approve the payment, which will be taken from the Division of Police budget in one lump sum due immediately upon approval of the settlement by Franklin County Probate Court.

What impact that will have on the police division's operations remain unclear.

"Funds will be taken from the personnel portion of the Division of Police operating fund," said city Budget Director Joe Lombardi. "The city must have a balanced budget and if the settlement creates a deficit, the city will have to cover through additional savings in the coming quarters."

The city Public Safety Department didn't immediately respond when asked Monday whether police budget cuts would be needed later this year, or if there is enough slack in the budget to absorb the payment. The $10 million represents almost 3% of the approximately $337 million 2021 police budget approved earlier this year.