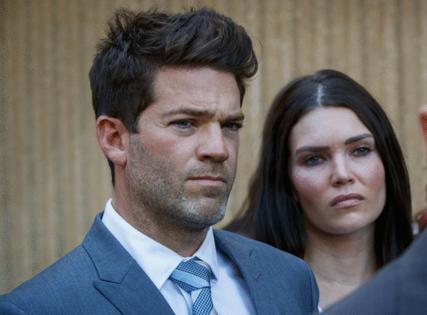 LOS ANGELES – California's attorney general is seeking to dismiss most of the rape charges against a Newport Beach surgeon and his girlfriend and concentrate the case around a 2017 sexual assault charge by bolstering it with new allegations that drugs were used to facilitate the attack.

It is the latest twist in a case that began two years ago when then-Orange County District Attorney Tony Rackauckas painted Grant Robicheaux, 40, and Cerissa Riley, 33, as sexual predators who used their good looks to prey on vulnerable women, drug them and take them back to their posh Newport Beach home to sexually assault them.

Shortly after winning office, Orange County District Attorney Todd Spitzer sought to dismiss the case against the couple. The request, however, was denied by Orange County Superior Court Judge Gregory Jones. Instead, Jones removed the district attorney's office from the case and ordered it be turned over to the California attorney general's office. State prosecutors have been reviewing the case for months.

Attorneys for Attorney General Rob Bonta on Wednesday filed a motion asking a judge to dismiss 10 sex crime charges involving six of the couple's seven accusers after state prosecutors said they conducted an independent review and found that some allegations could not be proved beyond a reasonable doubt. Some of the women who have accused the couple of assault also indicated they did not wish to continue to cooperate with prosecutors, according to the motion.

State prosecutors also are seeking to dismiss three firearms enhancements against the couple and reduce four felony charges of drug possession for sale to misdemeanors.

If approved by a judge, the state's case will concentrate on allegations involving the sexual assault of a woman, identified as Jane Doe 6, on April 16, 2017. Robicheaux and Riley each face a charge of assault with intent to commit a sexual offense. Prosecutors also are asking the judge to dismiss a kidnapping charge that was originally filed related to that alleged attack.

Prosecutors are seeking to file four additional drug-related charges against the couple, alleging they administered drugs in furtherance of their desire to "engage in sexual intercourse with an incapacitated victim." Those new charges include allegations that the surgeon drugged food or drinks, which the woman consumed. Riley is accused of providing the woman with cocaine, Robicheaux with supplying PCP.

"The defendants' actions of facilitating the victim's excessive consumption of alcohol and drugs to ultimately prevent her from possessing the ability to resist sexual intercourse was the underlying motivation for their behavior," state prosecutors wrote in their motion.

Robicheaux began talking with Jane Doe 6, who was in her early 20s, on a popular dating app and agreed to meet in person at a Newport Beach eatery, court records show. Riley allegedly also showed up and posed as a friend. They went to a bar where prosecutors allege the woman's drinks were drugged. Authorities say the woman woke up in the couple's home during the sexual assault and ran to the bathroom, where she locked herself inside until the next morning.

In 2019, shortly after Spitzer took over as the county's top prosecutor, he assigned two deputy district attorneys to conduct a review of all the evidence collected in the case. The unusual move came after a prosecutor pointed out "serious proof problems" with the case, Spitzer said at the time.

Over three months, prosecutors looked at thousands of photographs and videos that had been taken from the couple's computers, hundreds of hours of audio recordings, thousands of pages of documents and tens of thousands of text messages between Robicheaux and Riley spanning a four-year period.

Ultimately, they determined there was insufficient evidence to prove the case beyond a reasonable doubt. Spitzer accused his predecessor of overreaching on the case to bolster his reelection campaign.

Spitzer's review of the case came under scrutiny during a personnel investigation into an investigator at the district attorney's office, Jennifer Kearns. In court filings, prosecutors have alleged Kearns omitted pertinent information from reports she wrote about the case and claimed she led a "whisper campaign" to exaggerate evidence in favor of prosecution.

The agency launched a probe into Kearns' actions and, as part of that inquiry, investigators concluded the review Spitzer ordered had been lacking.