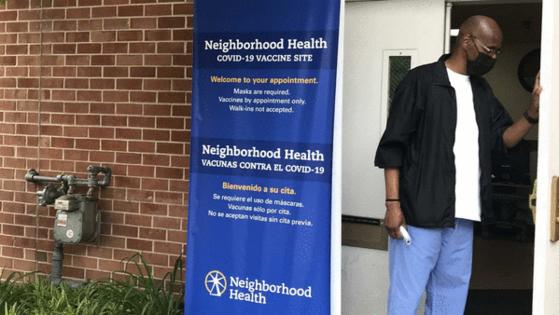 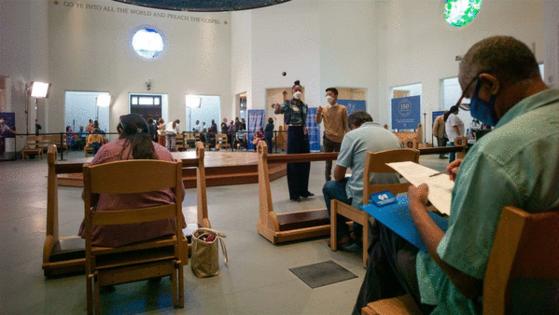 Rob Wohl, a COVID-19 vaccine outreach worker in Northern Virginia, said his best day on the job was when he walked into a white-tablecloth Chinese restaurant in Falls Church, Virginia, in April to see whether he could sign up employees for vaccinations.

He arrived right before the lunch rush, which turned out to be perfect timing. “The manager gets very excited,” Wohl said. “She says, ‘Wait right here.’ She immediately goes and starts grabbing people out of the kitchen — Chinese and Latino workers. Then she calls everyone who was off duty that day and tells them to come in. Suddenly a busboy is interpreting for Spanish speakers, and he says, ‘These guys don’t drive, I’ll bring them over in my van.’”

In less than an hour, Wohl said, 35 at-risk front-line workers were rolling up their sleeves at nearby community health center Neighborhood Health, for a COVID-19 shot they said they’d wanted but didn’t know how to get.

Wohl, a seasoned community organizer who has worked with low-income tenants in Washington, D.C., became Neighborhood Health’s first vaccine outreach worker in March. His territory includes the clinic’s entire reach — the city of Alexandria, and Arlington and Fairfax counties.

Neighborhood Health plans to hire five more outreach professionals with proficiency in Spanish and Amharic, which is spoken by many members of the region’s large Ethiopian community.

Similar on-the-ground campaigns are rolling out nationwide, as community health clinics serve as catalysts for a multitude of local COVID-19 inoculation campaigns. Their mission is to close the gap between the vaccination rates of the nation’s most vulnerable people and the rest of the population.

But nationwide demand for vaccines is sliding — despite a plentiful supply, the number of shots administered declined from a one-day high of 4.2 million shots per day in the beginning of April to an average of 2.4 million shots per day in the first week of May. So the Biden administration is calling on community health centers and their local partners, along with private practice physicians, to maintain momentum through the last mile of the marathon effort to defang COVID-19.

In Florida, Ohio, Texas and other states, managers of some mass vaccination sites are preparing to fold up their tents. In the next phase of the vaccine rollout, community health centers, private practice doctors and other medical facilities are expected to become the driving force.

“We’re working with everyone we can,” said Dr. Ron Yee, chief medical officer at the National Association of Community Health Centers. In addition to reaching out to Black and Hispanic communities, local health centers are working to vaccinate people experiencing homelessness, agricultural workers, public housing residents and those who don’t speak English, he said.

Armed with millions of direct-shipped vaccines from the federal government and $6 billion in new grants under the American Rescue Plan enacted in March, the historically underfunded health centers are rallying social welfare agencies, churches, hospitals, schools, local businesses and other trusted community groups to sign up anyone who hasn’t been vaccinated.

AUSTIN, Texas — Downtown Austin appeared to be back in the pre-pandemic swing of things last weekend, with hordes of visitors reveling on Sixth Street. But, according to police, a confrontation between teenagers from ...Read More