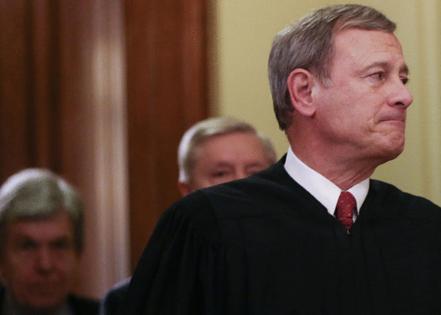 WASHINGTON — Republicans across the U.S. can thank the Supreme Court and Chief Justice John Roberts as they enact the country’s most significant voting restrictions in generations.

The court’s watershed 2013 Shelby County ruling created a glide path for many of election changes GOP-controlled legislatures are pushing this year. The Roberts-written decision wiped out the 1965 Voting Rights Act’s requirement that jurisdictions with a deep history of discrimination get federal preclearance before changing their voting rules.

Texas is poised to join Georgia as a GOP-controlled state using its newfound freedom from that requirement to enact measures that critics say suppress voting by racial minorities. Other states that weren’t subject to preclearance, including Florida, are also passing restrictions, creating a cascade of new voting laws that could boost Republicans in the 2022 and 2024 elections.

“The boldness, the blatant suppression that you see here is a hallmark of lawmakers knowing that there’s no check at the end of the day in terms of needing to get precleared,” said Tommy Buser-Clancy, an attorney with the American Civil Liberties Union of Texas.

The changes have been fueled by former President Donald Trump’s unfounded claims that fraud cost him the 2020 election. Although courts, state election officials and Trump’s own election-security chief repeatedly rejected those allegations, Republicans now say voter confidence has been shaken — and needs to be shored up.

The Shelby County decision is one of two major Supreme Court rulings that could boost GOP election prospects in the coming years. In the other, the court ruled in 2019 that judges can’t toss voting maps for being too partisan — a decision likely to disproportionately help Republicans given their control over this year’s redistricting in key states, including Texas and Florida. Both were written by Roberts, who has become a pariah in conservative circles for his votes on other issues, including Obamacare.

And the court, which now has a 6-3 conservative majority, is scheduled to rule by June on a separate section of the Voting Rights Act in a case that could make it harder for voter-access advocates to challenge the new wave of Republican laws.

On Friday, the Texas House approved a bill that would enhance protections for poll watchers and criminalize sending unsolicited absentee-ballot applications to voters.

The state’s Senate previously passed a more far-reaching version that would let partisan poll watchers record people casting ballots and would ban all-night voting, something that proved popular in heavily minority Houston last year when Harris County allowed it for a single day.

ALBANY, N.Y. — New York reached a major pandemic milestone Tuesday as Gov. Andrew Cuomo announced that 70% of adults in the state have received at least one dose of COVID-19 vaccine.

WASHINGTON — After a yearlong fight, Juneteenth could be on its way to becoming a federal holiday, as Sen. Ron Johnson announced he would drop his objections to the bill.

WASHINGTON — Senate Republicans on Tuesday signaled they are willing to hold up House-passed legislation to provide a citizenship path for millions of undocumented immigrants, including those brought to the U.S. as ...Read More

WASHINGTON — Biden administration officials released the first strategy to counter domestic terrorism on Tuesday, and highlighted how they have asked Congress for more money to tackle the rising problem.