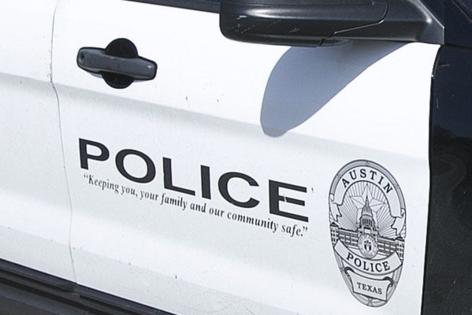 AUSTIN, Texas — Lance Armstrong's son, Luke Armstrong, has been accused of sexually assaulting a 16-year-old girl in 2018, according to an arrest affidavit issued on April 1.

The 21-year-old son of the disgraced cycling legend was charged with sexual assault of a child, a second-degree felony punishable by up to 20 years in prison.

"A complete review of the facts will confirm what has been alleged absolutely did not occur and a proper and thorough legal process will exonerate Luke," Randy Leavitt, Armstrong's attorney, said Wednesday.

"What occurred three years ago in high school was not a crime and not a sexual assault. What it was was a consensual relationship then and it continued to be consensual between the two young people with both ultimately going their separate ways. These charges should never have been filed and certainly not three years later."

The girl reported the 2018 incident to the police on Nov. 17, 2020, the affidavit said. She told police she first met Luke Armstrong around June 20, 2018, when she went with a mutual friend to Armstrong's house on Windsor Road in Austin.

She then went to a party two days later on the night of June 22, 2018, where she got drunk, the affidavit said. She couldn't find a ride home so she contacted Armstrong to pick her up, the document said.

She told police she didn't remember the ride with Armstrong but woke up in his house where he sexually assaulted her, according to the affidavit. He then drove her home without saying anything, the document said.

Armstrong told the victim on the phone that he remembered asking her if they were going to have sex, the affidavit said. "He remembered her taking her clothes off and walking to the bed herself," the document said.

She told police she informed six people that Armstrong had sex with her. Police interviewed the six people and four of them remembered that the girl "described the sex as nonconsensual," the affidavit said.

One of those four people said the girl told her about the assault a week after the incident happened, the document said.

Two of those four people said she described crying and having nightmares "about the assault years afterwards," the affidavit said.

According to the affidavit, one of the four people had communicated with the girl the night it happened and could see that she was obviously intoxicated.

The affidavit also said a friend of Armstrong's who was with him when he picked up the girl on the night of the ride home told police that Armstrong did not drink at all that night.

In response to an alarming, long-term increase in colorectal cancer among younger people, an influential federal panel on Tuesday lowered the recommended age to start screening from 50 to 45.

LOS ANGELES — Los Angeles Police Chief Michel Moore wants an officer to be fired for allegedly sharing a Valentine-style meme of George Floyd’s face and the phrase “You take my breath away.”

WASHINGTON — House Speaker Nancy Pelosi joined calls for a diplomatic boycott of the 2022 Winter Olympics scheduled to take place in Beijing in the latest sign of the growing bipartisan anger with China over human rights...Read More

AUSTIN, Texas — After debating the meaning of God's love, the Texas Senate voted along party lines to give final approval Tuesday to a bill that would ban gender-affirming medical care for transgender Texans who are 17 ...Read More

WASHINGTON — A trend of congressional Democrats becoming more willing to publicly criticize Israel became more pronounced over the past week even as the vacillating responses by senior party leaders underlined just how ...Read More

OAKLAND, Calif. — Two women were killed and at least three other women were wounded early Tuesday morning after someone opened fire on a party bus on an Oakland freeway, authorities said.