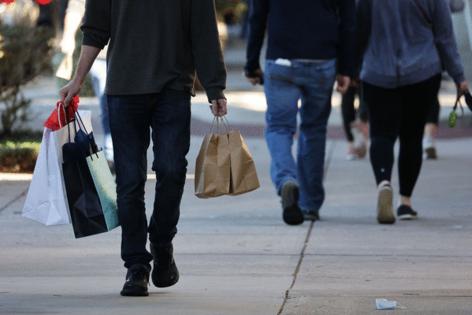 Shoppers this year have continued the trend of checking off their lists well before the holidays, but that doesn’t mean people won’t be out looking for deals on Black Friday in a year when many items cost more.

From Thanksgiving through Cyber Monday, an estimated 166.3 million people are expected to shop, according to an annual survey by the National Retail Federation and Prosper Insights & Analytics. For Black Friday, 114.9 million are planning to spend.

That’s even with 60% of shoppers having started on their lists by early November.

“While consumers continue to save the bulk of their holiday shopping for later in November and December, some of that spending has shifted into October,” said Phil Rist, Prosper executive vice president of strategy, in a news release. “This year, 18% of holiday shoppers have completed at least half of their holiday shopping. While this is on par with last year, it is up from only 11% a decade ago.”

Here’s five things to know for those looking to hunt deals on Black Friday:

Inflation could cut savings: The federal government’s Consumer Price Index was up 7.7% for the year ending in October. Those higher prices have effected shoppers at the grocery store for much of the year, but also might cut into holiday savings.

Higher prices could mean even a good deal isn’t actually cheaper than a year ago, said Anand Krishnamoorthy, an associate professor of marketing at University of Central Florida.

“If the topline prices before the discount are much higher because of inflation, you would need a significantly deeper discount to get to the sale prices of years past,” Krishnamoorthy said.

People still shop in person: Despite early and online shopping, people still plan to hit the stores on Black Friday.