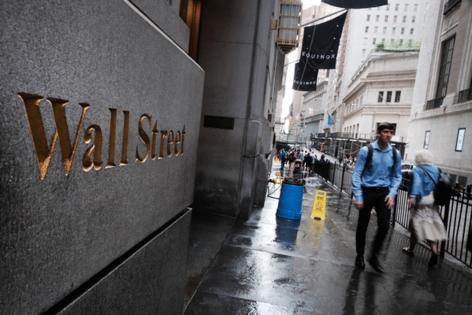 The stock market has had a tumultuous 2022 so far, with major indices such as the S&P 500 and the Nasdaq Composite in bear market territory. But according to market professionals surveyed in Bankrate’s Third-Quarter Market Mavens survey, the outlook for stocks should improve over the coming year. The group of experts foresees a 12% increase in the S&P 500 over the next 12 months, the eighth consecutive quarter the survey has predicted positive returns.

The survey’s respondents expect the S&P 500 to rise to 4,335 over the next year, up from 3,873.33 when the survey period ended on Sept. 16, 2022. The experts prefer U.S. stocks over international markets, but are split on whether value or growth will perform better.

“It’s a hopeful sign that despite the emergence of a bear market this year, our survey participants see upside for stocks over the next year and in the coming years,” says Mark Hamrick, Bankrate’s senior economic analyst. “They tend to be optimistic by trade to some degree, but they do see support for the market as a group.”

“For the typical long-term investor, slow and steady wins the race,” says Hamrick. “Exposure to equities has historically provided superior long-term returns. Since most Americans are ‘in the market’ for the purpose of saving for retirement, it is critically important to stay invested because predicting the timing of a positive turn in the market is virtually impossible.”

Stocks expected to rise over the next 12 months

Stock investors have struggled mightily this year, with both the S&P 500 and Nasdaq down more than 20% from their highs and the Dow Jones Industrial Average down nearly 20%. Markets have pulled back as investors grapple with rising interest rates, high inflation and the possibility of a recession on the horizon. Stocks rallied during the summer before falling again, as the hope for a possible reprieve from high inflation failed to materialize and the Federal Reserve raised interest rates by 0.75% for the third consecutive meeting in September.

The market experts have been consistently positive about the outlook for stocks during the year despite the difficult environment. They expect the market to increase about 11.9% over the next 12 months, compared with 12.3% in the second-quarter survey and 11.4% in the first-quarter survey.

Not a single analyst surveyed predicted the market would fall over the next year, with the least bullish analyst predicting a rise of only 2.6%. The most bullish prediction was for an increase of nearly 21%, while the average predicted level for the S&P 500 a year from now was 4,335.

“Over the next year, inflation and central bank tightening will have peaked, which historically has been a catalyst for an equity rally,” says Dec Mullarkey, managing director of investment strategy and asset allocation at SLC Management. “The coming year will be volatile, but the average investor should stay committed to their long-term investment mix.”