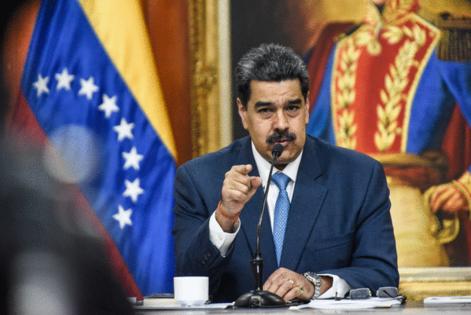 The legal battle over the control of a Miami bank alleged to have been secretly run by the Venezuelan government is heating up, following the efforts of its original owner to take back the reins of the bank’s Curaçao-based parent company.

The original owner, Venezuelan-American businessman Juan Santaella, had previously sued members of Eastern National Bank’s board of directors, including Gabina Rodríguez, who chaired the board between 2015 and 2021. The suit claims that she assumed control of ENB after she was appointed by the Venezuela government in 2009 as the intervenor of the bank’s parent companies, Venezuelan registered Corpofin and Curaçao registered Mercorp.

The lawsuit filed in January in a South Florida federal court alleges that the small Miami bank has been under the control of Venezuelan leader Nicolas Maduro through Rodriguez, and that the Caracas socialist regime used it to evade the U.S. sanctions.

“Gabina Rodriguez, as an agent of the Maduro regime, exercises unchallenged control over the Eastern Board of Directors. Even though Gabina Rodriguez is no longer a member of the Board following the 2020 Consent Order, she (and thus the Maduro regime) remains in sole control of ENB due to the Venezuelan Government’s appointment of Gabina Rodriguez as the receiver for Corpofin, which wholly owns Mercorp, which in turn owns more than 99% of ENB’s shares,” the lawsuit stated.

But Santaella gained control of Mercorp and replaced Rodriguez with Juan Jose Caso as the administrator of the Curacao-based holding company, sources close to the plaintiff told the Miami Herald.

The sources said that the change was approved in a Mercorp’s shareholders meeting and Caso’s name currently appears as the company’s statutory director in the island’s commercial register.

Santaella originally bought the Hialeah-headquartered bank in the 1980s, but lost control following the Venezuelan financial crisis of 1994, which led to the demise of several Venezuelan banks, including Bancor, a large bank belonging to Santaella. The Venezuelan government ended up taking over Bancor’s and Eastern’s parent company, Corpofin, and since then the small U.S. bank has been under state control.

Eastern National Bank has nearly $260 million in assets and four branches in South Florida, including Miami, Hialeah and Doral.

In a written statement sent to the Miami Herald, Eastern’s management said that there is no disputing that Mercorp N.V. is Eastern’s majority shareholder. But the statement said that “there is now a dispute of who is in control of Mercorp and whether a purported recent change in control and management was authorized or done in compliance with the laws of the U.S., Curaçao and Venezuela.”

“In response, the bank has been in communication with its federal regulators... for their input. Until the Bank receives clear guidance from its regulators, the Bank is at risk of violating US banking and sanctions laws and is thus constrained from taking any further action on these requests at this time,” it said.