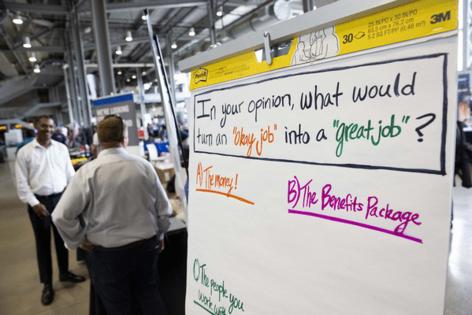 Two recent economic news headlines did their job on me. They raised my economic anxiety level, which already is on edge.

About 10 days ago the Wall Street Journal published an article declaring “More companies start to rescind job offers.” It detailed how several companies have called back new hires to tell them their new jobs have been eliminated even before their first day. Several of the firms cited experienced huge growth during the pandemic lockdowns, such as real estate firm Redfin and cryptocurrency exchange Coinbase Global. Experiences of the fired-before-even-starting employees focused mostly on early career and younger employees.

Last week, an NPR headline read: “Job cuts are rolling in. Here’s who is feeling the most pain so far.” It started with this: “The dominos are starting to fall in the U.S. economy.” The report mentioned announced job cuts and hiring freezes at Tesla, JP Morgan and Netflix, and pointed out how the announced cuts have been concentrated in technology and real estate companies that benefited from the early months of the COVID-19 pandemic. (By the way, just what the other “falling dominos” in the economy are remained a mystery.)

For the casual reader, or someone swiping through their social media news feed, these headlines would be concerning. Are these early job cuts the proverbial canaries in the coal mine for a broader and deeper economic recession? In the twisted logic of the investment markets, such early signs of job market weakness may be greeted with glee.

That’s because vigor in the employment market gives the Federal Reserve license to continue its aggressive interest rate hikes to tackle inflation. If these sporadic and industry-specific job cuts grow, it would put the central bank on notice to slow or end its rate hikes.

However, the data tell a different story. Yes, technology industry job cuts jumped significantly in May, according to outplacement firm Challenger Gray & Christmas. Yet the total number of announced job cuts in all industries dropped to fewer than 21,000. This is in a job market of more than 150 million employees. Companies announced fewer job cuts this spring than in the months before the pandemic.

The June employment data will be released on Friday in the week ahead. Monthly job growth has been slowing but remains historically healthy at more than 300,000 new positions each month. Payroll provider UKG found more working activity through mid-June than a month earlier, suggesting continuing strength not weakening of demand for workers.