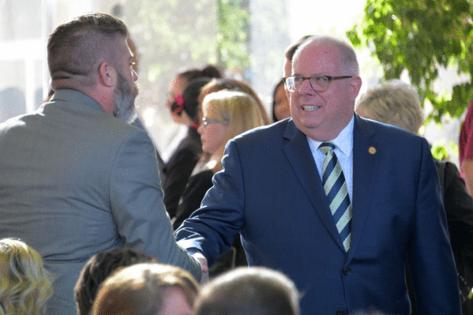 With record numbers of state jobs going unfilled since the height of the COVID-19 pandemic, Maryland was in a bind. So, officials decided to eliminate the four-year degree requirement for thousands of those jobs—from parole agents to information technology specialists to nursing assistants—becoming the first state to do so.

In the current tight labor market, Maryland is not the only state engaged in a desperate search for government employees. Unemployment remains low, and there are millions more job openings in both the public and private sectors than there are workers to fill them.

Some private companies already have scaled back education requirements in the race to attract employees. It makes sense for states and other public sector employers to do the same, according to Harvard Business School economics professor Joseph Fuller, who has studied the trend.

"It is increasingly difficult for state governments to attract certain kinds of talent," Fuller said. "Especially those where salary and benefits are, or are perceived, not to compete with the private sector.

"You want to expand your pool of workers, and this is one way to do it," he added. "There are 35 million Americans with some college but no degree. These are not high schoolers; these are people with 25 years of experience ... like coders or programmers who don't have degrees."

In March, Maryland Gov. Larry Hogan, a Republican, announced the requirement change for positions including information technology, customer service and administration. Instead, applicants will be able to substitute relevant work experience, military training or community college or other educational courses.

The Maryland Department of Legislative Services reported in January there were more vacant positions in the executive branch of the state government than at any time since the Great Recession in 2008, amounting to 8,689 positions left empty.

"From a competitiveness standpoint, public sector employers often have difficulty competing with private sector firms, which may have more flexibility to offer higher salaries to meet market demand," the report said.

It also found that the high number of retirements caused by the COVID-19 pandemic has contributed to the large number of job openings, making it even more imperative that governments attract more workers. Some governments also have gone to remote work or split schedules to accommodate workers.

The Inflation Reduction Act signed by President Biden this week aims to shift America toward a greener future by lowering the cost of electric vehicles, energy-efficient appliances and rooftop solar panels.

A South Korean company that recycles metals and battery components plans to build its first U.S. facility in North Georgia, another addition to the state's burgeoning electric vehicle sector.