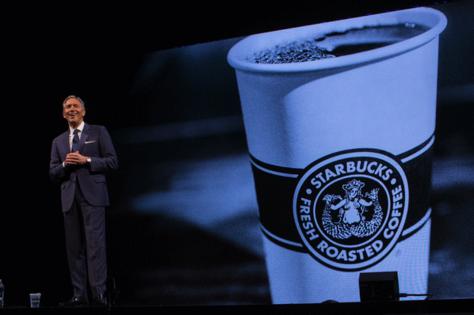 Responding to the U.S. Supreme Court decision ending constitutional protections for abortion, the company also said it will begin providing gender-affirming care for partners. It did not say when because "there are more procedures to consider as part of this benefit."

"Even though we have prepared for this scenario, personally and as a company, I know this decision leaves many of you disheartened or in shock," said Sara Kelly, acting executive vice president, in a statement.

On June 15, Starbucks also said all partners who are enrolled in the health care plan would have access to the benefits, including those who are unionizing. But it added that it could not "make promises of guarantees about any benefits" for unionized stores.

"What we can say for sure, is that Starbucks will always bargain in good faith," Kelly said previously.

When Jennifer Lucier and her husband found out they were expecting a baby in 2016, they immediately made three phone calls.

The first was to her mother. The second was to her husband’s family. And the third was to the ...Read More

ROCHESTER, N.Y. — Lucille Brooks was stunned when she picked up the phone before Christmas two years ago and learned a nursing home was suing her.

“I thought this was crazy,” recalled Brooks, 74, a retiree who lives...Read More

If you want to put your dollars into causes you care about, one of the easiest ways to get started is through socially responsible investing. The strategy prioritizes financial return with the caveat that the money is ...Read More

There was a major development in 2006 that transformed how Americans invest for retirement. It solved one problem, but created another that will be causing extra pain to people who retire in this economy.