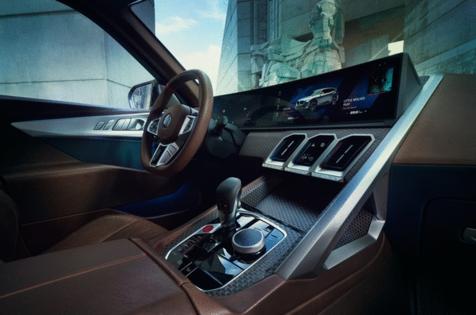 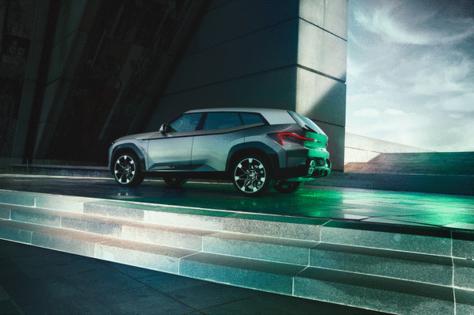 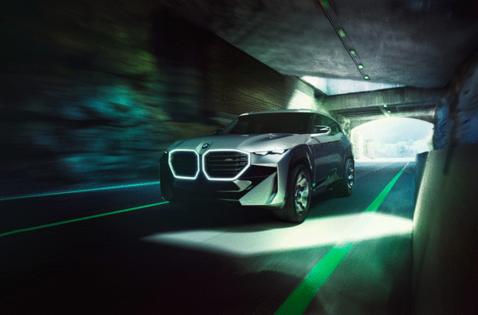 Not to be outdone, BMW's M performance division is celebrating its 50th anniversary with an electrified super-ute.

The division's second standalone M-vehicle, the BMW XM SUV is a long way from the original, legendary mid-engine 1979 M1 supercar. In a sign of the times, BMW's most powerful car for the 2020s will be a sport utility model carrying a plug-in hybrid powertrain under the hood.

The 750-horsepower BMW XM debuted this week with supersized power, body stampings, and twin-kidney grilles that can be seen from space. BMW called the x-otically designed XM a concept car, but it is likely close to finis form as it will go into production at the automaker's Spartanburg, South Carolina, assembly pant in just 12 months.

In keeping with the changing times, XM took its bow at the international Art Basel show's Miami Beach exhibition as automakers look for new ways to debut their wares beyond the traditional auto show. The XM was unveiled with a special musical performance by Grammy-wining hip hop artist Nas beside a sculpture crafted for the occasion by Brooklyn-based artist Kennedy Yanko.

"Art Basel in Miami Beach is the perfect moment to launch the BMW Concept XM, a product unlike anything we've ever produced," said BMW North America marketing boss Uwe Dreher. "This unique concept vehicle is matched perfectly to the expressive artwork from our partner artists, underscoring BMW Group's commitment to supporting culture and the arts."

BMW wowed the auto world in 1978 with the Italian-designed M1, a mid-engine cyborg that opened BMW's M performance era. The M1 was produced in limited numbers — just 453 units were built in order to homologate it for international racing — but it fathered the German maker's signature performance badge. So successful has M division become that it inspired similar product strategies from competitors like Cadillac (V-series badge), Mercedes (AMG) and Audi (S-line).

Generations of steroid-fed, M-badged hellions have followed, with the M3 and M4 performance cars the most iconic. But as the world has flipped for four-wheel-drive SUVs, BMW has found a vast new market for M-badged utes despite their inherently inferior handling compared with low-slung sedans — much less mid-engine supercars.

So for Bimmer's 50th, the XM super-SUV popped out of the birthday cake.

The XM also introduces the M-badge's first plug-in hybrid drivetrain — marrying the capabilities of battery power with the brand's traditional, twin-turbo, 4.4-liter V-8 gas engine. The XM can cruise silently on battery power for up to 30 miles — or you can stomp your right lead foot and rocket out of stoplights with 737 pound-feet of combined gas-electric torque. The XM out-guns other super-utes like the Lamborghini Urus (641 horsepower), Dodge Durango SRT Hellcat (710) and Porsche Cayenne Turbo S E-Hybrid (670).