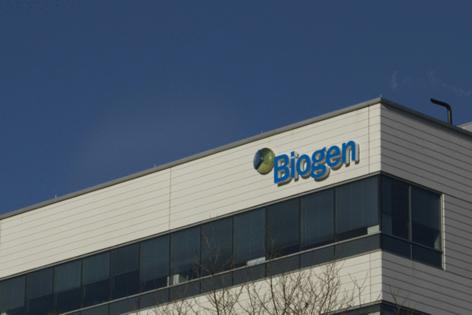 That financial hit is troubling to consumer advocates, because it raises the prospect of an even more divided health system: Many seniors will be unable to afford this drug.

"The current price would make the drug out of reach for many that could potentially benefit. This would also further deepen the issues of inequity in healthcare that already exist," said Kristina Fransel, executive director, Alzheimer's Association Delaware Valley Chapter.

Even if seniors can pay for the drug, many experts say it remains unproven. The evidence isn't good enough to know if it really works and if the drug, which must be infused at a medical office, is worth the substantial side effects.

During a conference call with investment analysts, Biogen's chief executive defended the drug's cost when Umer Raffat, of Evercore ISI Institutional Equities, asked about a disconnect between the price and "the words that you've shared in your press releases like 'responsibility,' 'access,' 'health equity.'"

"We believe that the price is substantiated by the value it is expected to bring to patients, caregivers, and society," Michel Vounatsos said.

Worries about the financial impact of aducanumab, which will be sold as Aduhelm, go beyond consumers to the health system itself. A study published last week by the Kaiser Family Foundation calculated that if 500,000 of the 1 million to 2 million individuals seen as the immediate market receive the drug, total spending by Medicare and the patients could reach nearly $29 billion in one year.

"To put this $29 billion amount in context, total Medicare spending for all Part B drugs was $37 billion in 2019," the report said, referring to the Medicare program that pays for services outside hospitals.

How much patients will have to pay will vary greatly depending on their insurance.

Under Medicare Part B, the government pays 80% of the cost and consumers pay 20%. About 10% of Medicare beneficiaries, or about 6 million, have no more insurance and would likely be hit with steep costs. Even those with supplemental insurance might see some additional costs. The expensive new drug could also contribute to rising premiums, Kaiser warned.

Most of the 24 million individuals enrolled in Medicare Advantage plans also face maximum out-of-pocket costs of up to $11,300 for Aduhelm, Kaiser said.

A wild card is the use of brain scans that cost thousands of dollars to diagnose Alzheimer's. Medicare decided in 2013 that it would not pay for them, as the results would not change care. Given the cost of Aduhelm, the scans are expected to become more common, raising the question of whether Medicare will change the policy

Additional out-of-pocket costs could come from brain MRIs, which the FDA is requiring to see if patients have swelling or bleeding. Swelling occurs in 40% of patients who take the drug, according to the University of California San Francisco's Weill Institute for Neurosciences.

Many of the potential users of Aduhelm — which is targeted primarily at those with mild cognitive impairment — have not yet been diagnosed, Biogen told investors last week. That means the Cambridge, Mass., company expects a gradual increase in demand for the drug, which has been in development since 2007.

The company told investors that more than 900 infusion sites, including some in the Philadelphia region, are ready to administer the drug. Biogen said it was not able to identify local sites.