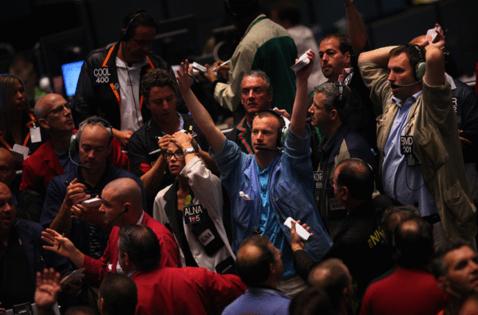 The only “open-outcry” trading that will continue will be in the Eurodollar options pit, which reopened in August and also allows electronic trading, CME Group said Tuesday.

The transition to electronic trading has been going on for years and most of CME Group’s trading pits in Chicago and New York were closed in 2015.

When CME Group temporarily closed its 11 trading pits last March, there were about 450 traders, clerks and employees on the trading floor most days.

The Chicago Board of Trade created the world’s first futures exchange in 1848 and in 1870 developed the first octagonal futures trading pit.

Fifteen years later, a building at Jackson Boulevard and LaSalle Street was built to accommodate the rapid growth of futures trading of agricultural commodities. In 1898, the Chicago Butter and Egg Board, which later became the Chicago Mercantile Exchange, opened.

The Chicago Mercantile Exchange and the Chicago Board of Trade, its rival, merged in 2007 to form CME Group.