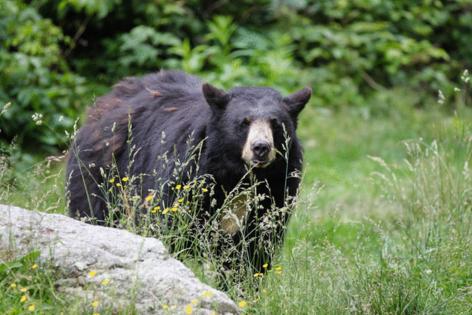 The black bear population in Connecticut has gotten so large and aggressive, particularly in Litchfield and northwest Hartford counties, that one state legislator has proposed a bear-hunting lottery system.

State Rep. Karen Reddington-Hughes, R-Woodbury, has introduced the lottery bill, which would be overseen by the Department of Energy and Environmental Protection. Other proposals have been made in past sessions to allow bear hunting, but have not been successful.

“As far as the limiting of numbers, this is not to eradicate black bears or to throw them into extinction,” she said of the lottery bill. “This is a public safety issue.”

Reddington-Hughes said a similar proposal was made in 2015.

While there have been no fatal attacks in the state, a 10-year-old boy in Morris was attacked by a bear in October. Reddington-Hughes said the boy’s mother said he was traumatized after suffering bites on his leg and claw marks on his back.

Though his grandfather helped him get free of the bear, the animal returned for him, Reddington-Hughes said. A neighbor helped free the boy. The bear, which tested negative for rabies, was euthanized.

“The attack on the 10-year-old was, I think, a disturbing illustration of what happens when we do nothing,” she said. “It was years of not doing anything, and that is basically the unintended consequence of that.”

In West Hartford last summer, a resident walked into his kitchen and got what he said was the shock of his life. An adult black bear was helping himself to some marshmallows and crackers left out on the kitchen counter.

The man grabbed a chair to put between him and the animal. He eventually got the bear out through the front door by screaming — after the bear ate an entire bag of marshmallows. But what happened next was even more alarming for the resident: The bear came back the next day and ripped a screen trying to get inside.

Also last summer, a bear caught breaking into multiple homes in Canton was euthanized by DEEP. For more than a week, Canton neighbors said the mama bear with four cubs entered home after home, even making multiple break-ins into the same homes.

The newly chosen chief executive of Pheasants Forever says she will strive to broaden the organization's membership base and diversify its funding sources as she takes over one of the nation's most successful wildlife ...Read More