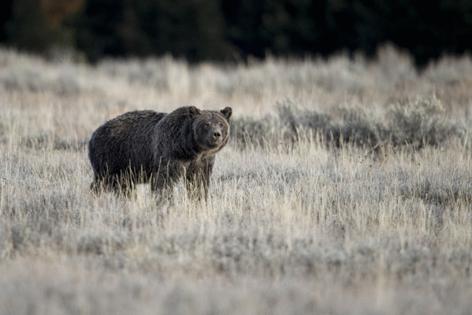 U.S. Sens. Mike Crapo and Jim Risch and Reps. Russ Fulcher and Mike Simpson, all Republicans, sent a letter last week to U.S. Fish and Wildlife Service Director Martha Williams. The letter said Fish and Wildlife Service has failed to respond to a March petition co-signed by Idaho Gov. Brad Little, alongside Montana and Wyoming’s governors, arguing for grizzlies to be delisted.

The lawmakers said the agency failed to meet a 90-day deadline to respond to the petition and “exacerbated serious issues currently experienced in Idaho’s bear country.”

The letter cited a recent surge in grizzly bear depredation incidents in Idaho’s two northernmost counties, Boundary and Bonner, which are part of the protected Selkirk and Cabinet-Yaak habitats.

Lawmakers pointed to data outlined in a recent Idaho Department of Fish and Game report that cited 21 grizzly bear depredation incidents between April and September Fifteen of the depredations involved livestock, four involved beehives and two involved grain containers. The agency said the average number of depredations in the previous five years was two.

Fish and Game said it captured and killed two grizzly bears in connection with this year’s depredations.

“As grizzly bear populations continue to meet and exceed recovery targets, human-bear interactions will also increase,” the members of Congress wrote, requesting that the Fish and Wildlife Service dedicate more resources to grizzly management in Idaho.

Grizzlies in the contiguous United States were first protected as a threatened species in 1975, when numbers had dwindled to several hundred. Since the early 2000s, state wildlife officials and conservation activists have fought over whether the bears should remain protected, with the Greater Yellowstone grizzly population delisted and relisted multiple times. Most recently, the Yellowstone bears — which includes animals in Montana, Wyoming and Eastern Idaho — were delisted in 2017 and relisted in 2018.

The agency has said grizzly populations appear to be stable or increasing in the contiguous U.S., while conservation groups have fought delisting and argued that the bears need continued protection to establish a thriving population.