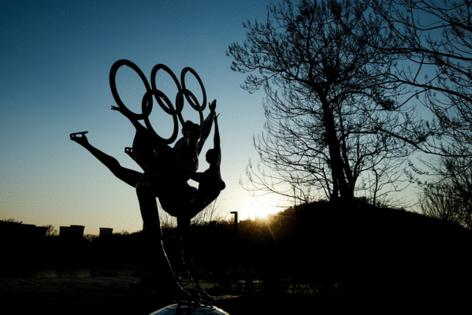 The U.S. is poised to announce a diplomatic boycott of the Beijing Winter Olympics, CNN reports, a move that will escalate tensions between the world’s two largest economies.

The decision not to send any U.S. government officials to the games beginning Feb. 4 will be announced this week, the media outlet reported Monday, citing several people it did not identify.

China’s Foreign Ministry did not immediately respond to a request for comment from Bloomberg News. The White House declined to comment.

Any such move by Washington would be largely symbolic because few U.S. officials are likely to visit China due to its strict quarantine rules and clashes over allegations of human rights violations. The state-run Global Times reported last week that Beijing had no plan to invite any American politicians, saying: “Without them messing things up, the Beijing Winter Olympics will be even more splendid.”

President Joe Biden said in November that Washington would consider declining to send a delegation of officials to the games, with the White House adding it had “serious concerns about the human rights abuses we’ve seen in Xinjiang.” Washington has also accused Beijing of curtailing political freedoms in Hong Kong and ramping up military pressure on Taiwan, which receives strong U.S. support.

Australia and Canada are also reportedly considering diplomatic boycotts of the spectacle.

China denies charges made by the U.S. and lawmakers in other Western nations that it is committing genocide in the far western Xinjiang region, which has a large Muslim Uyghur population. Beijing has also lashed out at the U.S. over a potential diplomatic boycott, saying sporting events should not be politicized.

Adding to the frictions between Beijing and Washington, Biden will host a virtual democracy summit Thursday and Friday, with Taiwan among the more than 100 invitees that include the U.K. and Japan.

The event aims to bring together democratic governments to discuss their efforts to fight corruption and authoritarianism and advance human rights. A Chinese official said over the weekend the event will be a “joke” and the American political system doesn’t represent a real democracy.

The Afton native said she never looks at ...Read More

The runner’s statue will wind up costing much more than some Olympic ...Read More