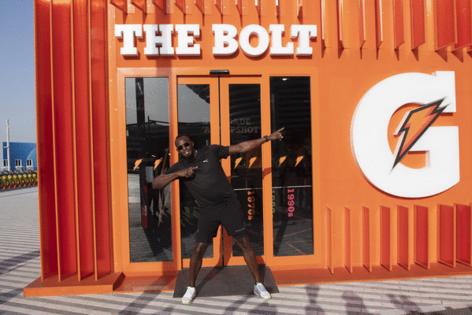 The runner’s statue will wind up costing much more than some Olympic gold: The tab for Miramar taxpayers will be a quarter-million dollars. While some residents balk at spending $250,000, even calling the cost “ridiculous,” the city says it’s worth the price for a sculpture of the super-fast athlete.

Bolt is a Jamaican superstar and the statue is a nod to diversity in South Florida. Through the years, hundreds of thousands of Jamaicans have made their home across the tri-county region, and Miramar also has a burgeoning number of families with ties to Jamaica. The bill for the statue will be paid in four installments to artist Basil Watson, who has been written about in Caribbean media and lauded by local officials.

“We wanted to make sure we had a world-class Olympian as part of the art in public places” efforts, said Alexandra Davis, a Miramar city commissioner. The statue will be placed at the Ansin Sports Complex at 10801 Miramar Blvd., and Davis hopes Bolt’s statue will help draw more international, world-class athletic events in the region.

A statue of Bolt alone shows “minorities can rise above ... and shows we can achieve,” said Miramar resident Doreen Lovell, who was born in Jamaica. She said the statue helps “build up the image of the city. It’s showing we are diverse.”

There hasn’t been total support.

City Commissioner Winston Barnes calls Bolt “a phenomenon,” but thinks spending $250,000 for the statue is ‘ridiculous’ and “a waste of taxpayer money.” Miramar isn’t like Moscow, which has an Usain statue of its own. Miramar is not attracting international tourists, he said.

“Attaching ourselves to monuments or icons is not going to make us a 24/7 city,” Barnes said. “We’re not a tourist city — come on.” The money could be better spent for “the larger community” of Miramar residents, he said. “I do not think we have the luxury to try to create monuments of icons simply at the fancy of elected officials.”

Exactly what the statue will look like isn’t yet known, including what pose it would show Bolt striking. (Hint: It very well could be that lightning bolt pose he so often showcased while on the Olympic scene.)

Bolt, through his representatives, couldn’t be reached for comment. But he likely would love the recognition. “I’m definitely a sprinter first, but I like to entertain, because that’s what people come out to see,’’ he once told the news media. “That’s why people love me so much.’’

Resident Chris Koval, who previously ran for City Commission, said the city’s leaders could have had a more encompassing display.

Rather than all the money going to one person, Koval said he would prefer to see Native American and Black athletes who are both from United States and served as inspiration for Bolt, such as Jim Thorpe, Carl Lewis, Florence Griffith Joyner and Edwin Moses, as part of a larger garden of honorees.

“For the money they are spending [it could have been smaller statues of] the greatest Olympians of all time, who happened to be American” while still recognizing Bolt is “crème de la crème,” he said. “It would have been a more diverse display and nobody would have said ‘boo.’”

Miramar isn’t the only city to remember people with statues. Margate has a life-sized statue of a hometown actress, the late Kaye Stevens. But in Margate’s case, the cost was tens of thousands of dollars, not hundreds of thousands.

In some other cities, the art didn’t come from taxpayer dollars. In Davie, a $50,000 bronze statue of Mahatma Gandhi has been up for years, paid for by a local Indian cultural group. In Fort Lauderdale, a $100,000 bronze sculpture was provided by the Venetian Arts Society, depicting a Seminole girl along the waterway where Indians long ago had paddled up to a trading post in canoes.