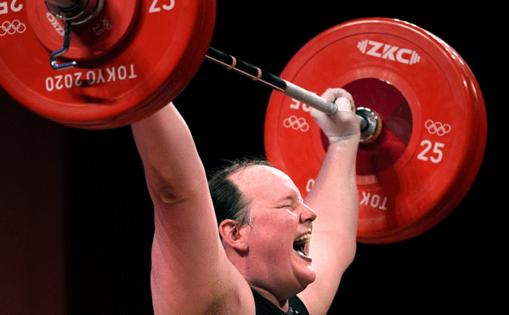 The new guidance, entitled “IOC Framework on Fairness, Inclusion and Non-Discrimination on the Basis of Gender Identity and Sex Variations,” updates the IOC’s 2015 guidelines, which used testosterone levels to determine who was eligible to compete in women’s sports.

According to the organization’s previous recommendations, transgender female athletes were allowed to compete only if they kept their testosterone levels at 10 nanomoles per liter for at least 12 months before their first competition.

The eagerly-awaited announcement comes after a two-year consultation process with more than 250 athletes and concerned stakeholders, including international federations and sports organizations, as well as human rights, legal and medical experts.

IOC officials say that the framework seeks to “promote a safe and welcoming environment for everyone,” and it recognizes the need “to ensure that everyone, irrespective of their gender identity or sex variations, can practice sport in a safe, harassment-free environment,” while respecting and recognizing the needs and identities of athletes participating in competitions where no one has an unfair disadvantage over the rest.

According to the new framework, athletes “should not be deemed to have an unfair or disproportionate competitive advantage due to their sex variations, physical appearance and/or transgender status.”

The framework also applies to athletes with differences of sex development, such as the two-time Olympic champion Caster Semenya of South Africa.

However, the IOC said that each sport and its governing body should be able to determine “how an athlete may be at a disproportionate advantage compared with their peers, taking into consideration the nature of each sport.”

“The framework is not legally binding,” IOC director of the athletes’ department Kaveh Mehrabi, said in a statement. “What we are offering to all the international federations is our expertise and a dialogue, rather than jumping to a conclusion. This is a process that we have to go through with each federation on a case-by-case basis and see what is required.”

“Far too often, sport policy does not reflect the lived experience of marginalized athletes, and that’s especially true when it comes to transgender athletes and athletes with sex variations,” Quinn said in a statement following the IOC announcement.

“This new IOC framework is groundbreaking in the way that it reflects what we know to be true — that athletes like me and my peers participate in sports without any inherent advantage, and that our humanity deserves to be respected,” the Canadian midfielder added.