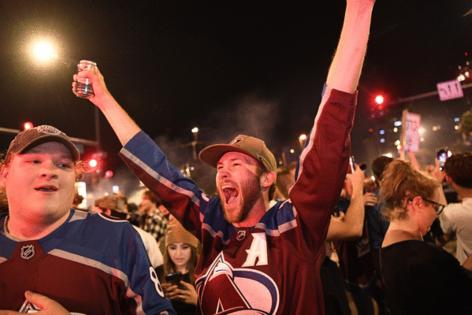 “I think we are in such a state right now where it’s just a crazy world, we’re so divided on things,” Avalanche fan Ruby Cates said by phone from her room on the third floor of Poudre Valley Hospital in Fort Collins. “Yet even the little things can bring people closer together.”

While the Avs were busy decimating the NHL the last eight weeks en route to snatching the Stanley Cup, Cates was receiving treatment for a neurological issue and a recent hernia.

“And when I was having my hardest days in rehab, the Avs were in the (title) chase,” she said of the NHL champs, whose theurgic postseason run finished with a 4-2 series win over Tampa Bay in the Stanley Cup Final on Sunday night. “It gave me something to look forward to.”

Something to take her mind off reality. If only for a couple hours a night.

One of Cates’ text chains over the weekend, she recalled, involved a fervent discussion of the Supreme Court’s decision to overturn Roe vs. Wade.

“We live in a divided world,” Cates said. “But for Denver and the state of Colorado, this brings us together.”