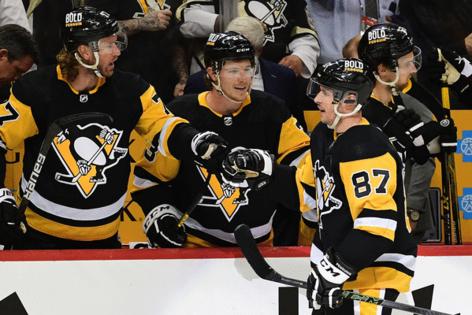 PITTSBURGH — I hate to disagree with Tristan Jarry, who gave his all against the New York Rangers on Sunday night by playing hurt after missing a month with a broken foot and playing well enough to give the Penguins a chance to win Game 7.

I have no issue with that.

"Pittsburgh is lucky enough to have three of them for the last 15 years."

"The bond that they've created throughout the team is something that's irreplaceable. It's a business, but I think that, if they're able to come back, they definitely will. There's a bond between them. I think that's unbreakable."

That bond is broken beyond repair.

At least it should be from the perspective of Penguins management.