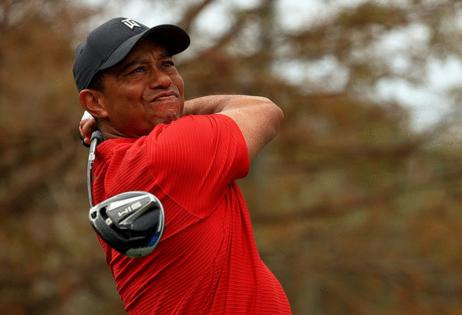 Tiger Woods spoke to reporters for the first time since his horrifying single-car crash in February, but it would not be accurate to say he answered their questions about what actually happened.

“All those answers have been answered in the investigation,” he said Tuesday morning. “So, you can read about all of that there, in the police report.”

But the police report raises plenty of questions. The report, released by Los Angeles County police in April, said Woods was driving 84-87 mph when he didn’t navigate a curve, crossed a median, and eventually hit a tree just after 7 a.m. Police said they did not conduct a sobriety test or examine Woods’ cell phone.

“There’s two factors,” Capt. Jim Powers said at the time. “The speed and the failing to maintain the straight course of the curvature of the roadway. That’s it.”

Woods was charged with a DUI in 2017 after various sleeping and pain medications were found in his system.

At the scene of the 2021 crash, Woods was understandably dazed, saying he thought he was in Florida and that he wasn’t sure how the crash happened. The golfer had several serious leg injuries, including tibia and fibula fractures that he says took unusually long to recover from.

In an interview with Golf Digest on Monday, he said that he would never be a full-time professional athlete again. “I think something that is realistic is playing the tour one day — never full time, ever again — but pick and choose, just like (Ben) Hogan did.”

In his three-week hospital stay, Woods thought at one point his leg might be amputated. “I wouldn’t say it was 50/50, but it was damn near there if I was going to walk out of that hospital with one leg,” he said Monday.

By November, Woods got to the point where he could hit short irons. But he said Monday that was about as far as he’s gotten. “I have so far to go,” he said. “I’m not even at the halfway point.”

The pioneering Lee Elder, who in 1975 broke the color barrier as the first Black golfer to play in the Masters, died Sunday night at age 87. His death was announced by the PGA Tour and first reported by African American ...Read More

CHARLOTTE, N.C. — Wil Myers is scheduled to make $22.5 million next year to play outfield and first base for the San Diego Padres.

All that money, however, could not buy him tee times at Carmel Country Club.