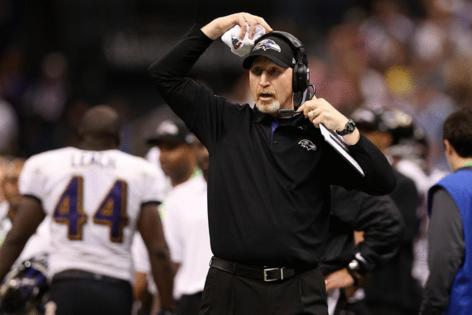 After his first two games as Broncos coach were marred by game management issues, the team hired Jerry Rosburg as a senior assistant, a league source confirmed. Rosburg, a longtime Ravens assistant who was the special teams coordinator and associate head coach to John Harbaugh, will help Hackett with game and clock management decisions.

Rosburg helped shape the Baltimore special teams into one of the NFL’s top units perennially, and provides Hackett a seasoned sounding board. Rosburg performed a similar role for Harbaugh in Baltimore. The longtime coaching veteran was with the Broncos during practices this week before being hired Friday ahead of the team’s Week 3 showdown against the 49ers on Sunday Night Football.

Hackett admitted earlier this week that he needs help getting into a better communication flow with quarterback Russell Wilson.

“I need to do better at making decisions faster and quicker and getting that information to the quarterback and being on the same page with him,” Hackett said Monday in Dove Valley. “That’s stuff that we talked about (Monday) morning. It has to improve.”

Hackett will no doubt lean on Rosburg, 66, for decisions to improve the team’s overall scoring (16 points per game, ranked 24th in the NFL) as well as in their execution (25 penalties so far, many pre-snap) and red zone efficiency (0 for 6). The Broncos have also had difficultly finding a rhythm getting in and out and of the huddle, both in the Week 1 loss to Seattle and during the Week 2 win over Houston.

Rosburg had been retired the past three seasons after working in Baltimore from 2008-18. Before that, he also served as the special teams coordinator for the Falcons and Browns dating back to 2001, his first year as an NFL coordinator. The Fairmont, Minn., native went to college at North Dakota State, where he played linebacker.