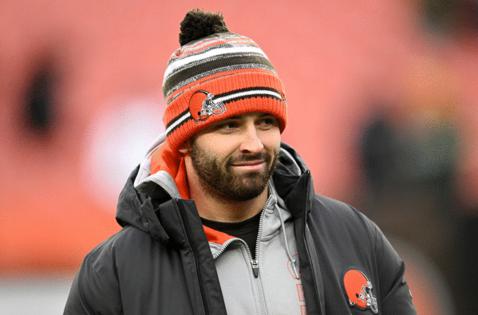 Training camp is five weeks away. If the Panthers are going to add a veteran, which neither coach Matt Rhule nor general manager Scott Fitterer has ruled out, Mayfield and the team would benefit from placing a Ben McAdoo playbook in Mayfield’s lap as soon as possible.

There should also be newfound urgency from Carolina after recent reports suggest Seattle is still highly interested in acquiring the former 2018 No. 1 pick.

Behind the scenes, not much has changed between Carolina and Cleveland. The Charlotte Observer reported in April, and again in May, that the Panthers want the Browns to take on the majority of Mayfield’s contract in a trade. There is still about a $4.5 million gap between Carolina and Cleveland as the Browns are willing to pay up to half of Mayfield’s fully-guaranteed $18.9 million.

The Browns are seeking a mid-to-late round pick for Mayfield according to a league source. That value is based on what Cleveland would receive for him via a compensatory pick. Though highly unlikely, the Browns could hold Mayfield out this season — pay him to not show up to practice or games — then he’d sign as a free agent elsewhere next spring, earning Cleveland a compensatory pick.

Mayfield will not play another snap for the Browns regardless of how embattled quarterback Deshaun Watson’s looming suspension rules. Even if the league suspends him indefinitely, or for a season, do not expect Mayfield to fill in, even if it makes sense on paper.

Both Carolina and Seattle could use Mayfield. Seattle’s quarterback room features Drew Lock, an up-and-down thrower entering his fourth season, and veteran Geno Smith who hasn’t started double-digit games since 2014.

Carolina’s quarterback situation is not much better. The team drafted Matt Corral, but he’s being integrated slowly with no expectation to be the Week 1 starter. Sam Darnold, who Rhule said would start if the team had games to play in June, has a career record of 17-32. Compared to Mayfield’s 29-30 career record, Darnold is not nearly the winner Mayfield is.

Darnold’s best season came in 2019. He threw for 3,024 yards, 19 touchdowns, and 13 interceptions. He posted a 45.6 QBR that season and a career-best 6.9 yards per attempt. Last season, Darnold reverted to his New York self, throwing nine touchdowns, 13 interceptions, and a league-worse 33.2 QBR.