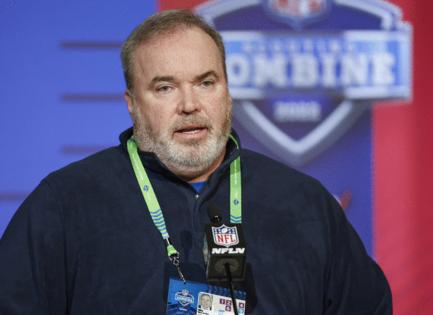 Mike McCarthy is considered by some to be a dead man walking as coach of the Dallas Cowboys.

The front office did little to improve the team in the offseason, following last year’s 12-5 season that ended with a wildcard loss to the San Francisco 49ers.

The Cowboys traded No. 1 receiver Amari Cooper to the Cleveland Browns and allowed defensive end Randy Gregory to walk in free agency to the Denver Broncos.

But this is a team that has taken a step back in talent from a year ago when the Cowboys still weren’t good enough to end a 26-year gap since their last Super Bowl title in 1995.

With former New Orleans Saints coach Sean Payton now available, it’s well understood that taking the next step is a must for McCarthy in Year 3 with the Cowboys. Payton is a favorite of owner Jerry Jones from Payton’s days as an assistant coach under Bill Parcells.

And while there is not a lot of optimism outside the organization that the Cowboys have done enough in the offseason, there is no lack of confidence from McCarthy himself.

As the architect of a 2010 Super Bowl title team with the Green Bay Packers, he believes in himself as coach.

McCarthy believes in the foundation he has laid since coming to the Cowboys in 2020 and is banking on a full offseason program for the first time in three years to yield immediate results.