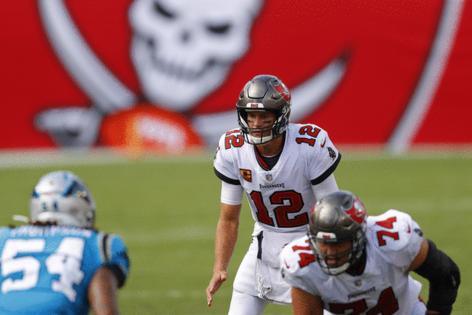 The NFL playoffs have arrived.

This time of year on the football calendar is when quarterbacks are asked to rise to an even greater challenge as teams fight to reach the Super Bowl. And most of the time, a team can only reach that championship game if their QB performs like a star.

There are 14 QBs with their eyes on Super Bowl LVI and their campaign starts this weekend.

Here’s a ranking of those QBs:

Jones had an impressive rookie campaign. He was efficient as he completed 67.6% of his passes for 3,801 yards with 22 touchdowns and 13 interceptions. But he is still a rookie and the odds for that new a QB in the playoffs aren’t great — 18 rookie QBs have made one or more starts in the playoffs in the Super Bowl era and their record is 9-18. Jones also has struggled against teams with winning records; He has 11 touchdowns compared to 10 interceptions with a completion percentage of 63 against teams with winning records.

Roethlisberger hinted at his plan to retire after this season, most recently on Dec. 30. The veteran QB is cooked and his arm isn’t what it used to be. This season he logged 22 touchdowns to 10 interceptions and became a dink and dunk quarterback. He averaged 6.2 yards per attempt, which was fourth worst in the NFL. His intended air yards per attempt was 6.7, which was the second fewest.

Hurts has shut some critics up and helped lead the Eagles to the playoffs. He’s shown promise as a dual threat. He passed for 3,144 yards but also added 784 yards with 10 touchdowns on the ground.