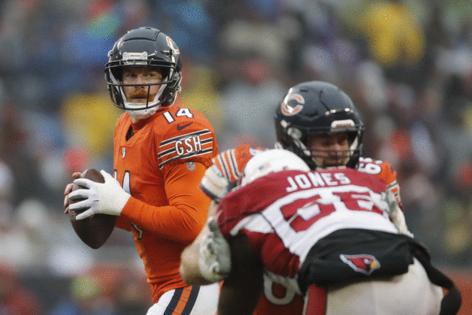 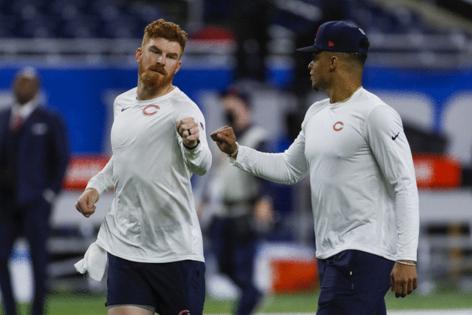 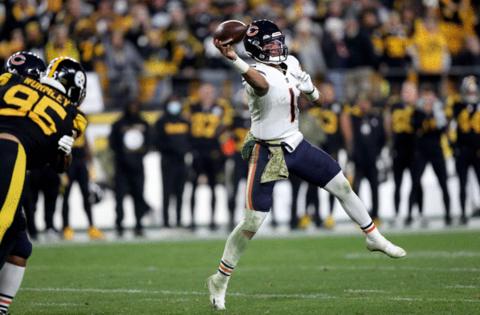 Justin Fields can’t return soon enough. As the Chicago Bears look to squeeze as much meaning as possible out of what’s left of their wayward season, the rookie quarterback’s continued development is at the top of the priority list.

Fields missed his second consecutive game Sunday with injured ribs and was left to watch veteran Andy Dalton throw four interceptions in a 33-22 loss to the Arizona Cardinals at Soldier Field. The Bears offense was without wide receiver Allen Robinson for a third straight week. Marquise Goodwin (foot and ribs) was also inactive because of injury.

And despite running 20 more plays than the Cardinals, controlling the ball for nearly 35 minutes and scoring touchdowns on all three of their red-zone trips, the Bears didn’t have enough firepower to topple the NFC’s top team, undone by the four turnovers and the 23 points the Cardinals scored off of them.

“No matter who you’re playing, four turnovers are going to hurt you,” coach Matt Nagy said.

After Dalton’s first interception and the Cardinals’ subsequent 28-yard touchdown drive, the Bears were in good position to answer quickly, having moved the ball inside the Cardinals 25. On third-and-6 from the 20, tight end Cole Kmet worked open over the middle with linebacker Isaiah Simmons in coverage.

Kmet, however, couldn’t secure a Dalton dart inside the 10, juggling a rain-slicked ball into the air as he fell onto his back and then watching as safety Budda Baker picked it off. Baker easily broke free, returning the interception 77 yards into the red zone.

The Cardinals needed just five plays to score their second touchdown, with Kyler Murray’s 9-yard scramble putting them ahead by double digits for the remainder of the afternoon.

Kmet’s blunder was the most pivotal moment in the game.