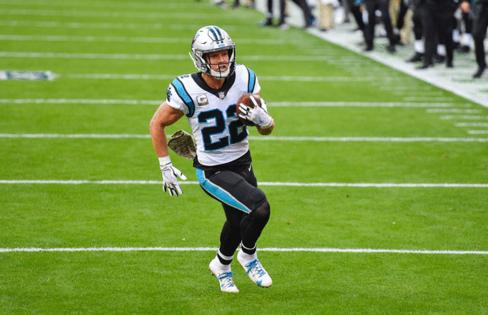 McCaffrey suffered a hamstring injury in the second quarter of the Panthers Week 3 game against the Houston Texans on Sept. 23. He has missed the past two games.

The Panthers medical team met Saturday morning to discuss the plan for McCaffrey and thought it was best he sit for some time until he was fully healthy.

The news came as a surprise; the Panthers’ staff thought he was close to returning. McCaffrey had practiced in a limited capacity all of last week and on Wednesday.

But things took a turn for the worse after Wednesday’s practice. McCaffrey missed practice on Thursday and Friday with the sore hamstring.

While McCaffrey is out, the Panthers will start running back Chuba Hubbard, who rushed for 101 yards in the Panthers’ game against the Philadelphia Eagles last week.

The news is also a huge blow to the Panthers, who have lost two consecutive games and have struggled without him. Before he went out, McCaffrey accounted for 41% of the Panthers’ total offense. The Panthers have turned the ball over five times in the past two games.

McCaffrey played in only six games since the 2020 and has seven total touchdowns. Last season, he missed 13 games after dealing with a high ankle sprain, an AC joint injury and a quad injury.

The Panthers could have put McCaffrey on the IR after he got hurt, but initially thought he could come back within three weeks. That was obviously wrong.

Sunday’s game against the Minnesota Vikings will count toward the minimum requirement of games he will miss. He will be eligible to return in Week 9 against the New England Patriots.

McCaffrey wasn’t the only player to be put on the team’s injured reserve list. The Panthers also put rookie offensive guard Deonte Brown on the list. Brown went down with a non-contact knee injury in Friday’s practice and was carted off the field.

Brown hadn’t played in any games this season, but he was active for the first time last week.

The Panthers added offensive guard Michael Jordan from the practice squad to the 53-man roster. The Panthers have one more spot on the roster to fill.