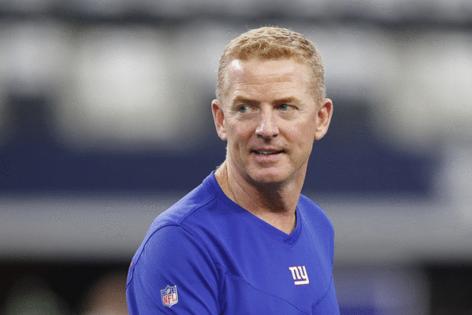 ARLINGTON, Texas — Jason Garrett never did turn out to be Tom Landry, but he did leave his office better than he found it.

That ultimately will be the legacy of JG's long tenure as a coach with the Dallas Cowboys.

Former President George W. Bush has said that you need about 10 years before history can properly evaluate a president. Since NFL coaches age in dog years we're going to do this in two.

But without Jason Garrett this team is not 4-1, and actually contemplating a Super Bowl.

From several prominent players on the field to one particular coach on the sidelines, Garrett can look at the current state of the Cowboys and take some ownership of this success.

He won't get any credit, because that's not how pro sports works. Also, it is not as if Garrett's tenure was a total failure.

After the Cowboys defeated the New York Giants on Sunday, you may have missed the bear hug that Garrett exchanged with Dak Prescott at midfield.

That wasn't some staged theatrics to make Garrett look cool to the in crowd.