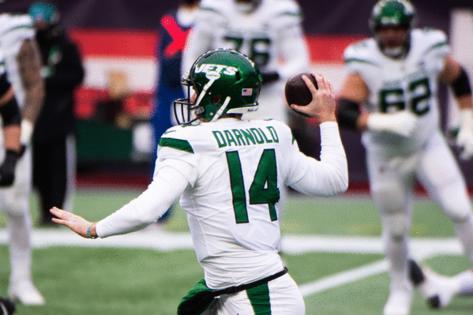 “We don’t have all the information yet,” Smith claimed. “We’ll take a look and see if we have that data. We’ll get you the numbers when we have them.”

It’s becoming increasingly apparent that, despite the urging of the NFLPA to its members to get vaccinated, many players aren’t doing so.

There have been reports that less than 50% of the league’s 2,880 players have been vaccinated. The NFL is said to be considering relaxing COVID-19 restrictions on teams that hit an 85% vaccination threshold, but many clubs aren’t anywhere close to that figure.

Carolina Panthers quarterback Sam Darnold acknowledged this week that he hasn’t been vaccinated yet. “I still have to think about all those certain things that go into it,” he said.

Washington defensive end Montez Sweat said he is “not a fan” of the vaccine. He said he needs “more facts and all that type of stuff.”

Buffalo Bills coach Sean McDermott admitted that he is “concerned” about the low number of players on his team that have balked at getting vaccinated.

Asked for the Eagles’ player vaccination rate Thursday, a club spokesman said the team is not sharing that information at this time.

“We’ve encouraged players to get vaccinated from Day 1,” Smith said. “We’ve urged them to make sure that they just make a decision that’s informed.”

Despite players like Darnold and Sweat suggesting they still don’t have enough information on the COVID-19 vaccine or are still trying to gather facts, even Smith acknowledged that’s a pretty lame excuse at this point.