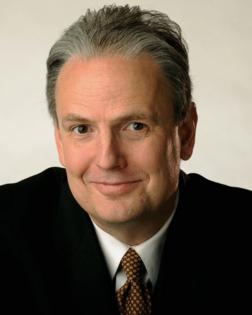 A schedule never looks real until it’s a full-blown schedule – the games in chronological order, sites included – because then we can flip through an autumn’s worth of football and slap a W or an L on every entry. Then comes the fun part: We count the W’s and L’s and say, in an orotund voice, “Looks like 9-8 to me.”

Or maybe 7-10. This is the NFL, which means there’s not much difference between fabulous and forlorn. The 2020 Falcons were awful, right? They lost their first five games. They lost their final five games. They finished 4-12. They fired their head coach in October. Come January, they declined to retain his interim replacement. They suffered through a wretched season from start to finish, except …

Of their 12 losses, eight were by seven or fewer points. Had they won six of those eight – many were easier to win than lose – they’d have been 10-6, which would have put them in the expanded-for-one-year playoffs, which would have meant no firings and many more references to iron sharpening iron.

We know who, where and when the 2021 Falcons will play. They open against Philadelphia here, and here’s a prediction: On Sept. 12, Dan Quinn will not get outcoached by Doug Pederson. (The former is now the defensive coordinator in Dallas; the latter is unemployed.)

On Oct. 10, the Falcons will face the Jets at Tottenham Hotspur Stadium, a different London venue than the Falcons graced in 2014, when they blew a 21-0 halftime lead against Detroit at Wembley. At the time, that marked the greatest squandering in Falcons annals. There has since been a more precipitous collapse, of which we’ll be reminded often during the Falcons’ one night game. It’s against New England on Thursday, Nov. 18.

At first blush, this schedule appears manageable. Of their 17 games, six will match the Falcons against 2020 playoff qualifiers. Four of those six involve NFC South brethren Tampa Bay and New Orleans, the latter of which will have a different quarterback. The Falcons will face Washington here Oct. 3, the Football Team having won the NFC East last season at 7-9. The most difficult non-divisional game will be staged in Buffalo on Jan. 2, which should a treat, weather-wise.

Of the Falcons’ 14 opponents, nine could have a new/newish/different quarterback, which defies belief. (We’re counting New England/Cam Newton and Miami/Tua Tagovailoa and Philly/Jalen Hurts as “newish.” We’re not counting Tom Brady, who just won another Super Bowl, although technically he’s entering Year 2 as the Bucs’ No. 1.) For those who believe the Falcons should have used this offseason to move beyond Matt Ryan, it must be said that the season ahead looks to be a nice time to have a reliable QB.

Full disclosure: It’s tempting to suggest the Falcons are poised to spring upward: New. While it’s always perilous to predict how a first-time coach will fare, Arthur Smith has been dealt an inviting opening hand. He has Ryan. He has Kyle Pitts. He probably will have Julio Jones.

Schedules can be overrated. The 2016 Falcons were coming off an 8-8 season that saw them fizzle over the season’s second half. Their schedule was ranked as the league’s most difficult. They went 11-5 and made the Super Bowl, in which they didn’t trail in regulation.

If you’re good enough, you can stack up against anybody. It’s unclear how good these Falcons are. They’ve had two winning seasons since 2012. They have a new administration. Their salary cap is such a mess they could dump J. Jones come June. (I doubt they will, but they could.) That said ...

Going off last season’s records, the Falcons’ 2021 schedule is the NFL’s third-easiest. Let’s say the Falcons go 1-4 against the Bucs, Saints and Bills. As of today, those would seem the only games in which this team might be overmatched. Oh, and nobody’s sure how the Saints will look under Jameis Winston/Taysom Hill.

That leaves 12 games. Could the Falcons go 8-4 in those? Can’t see why not. Thus have we reached the moment where yours truly clears his throat and says, “Looks like 9-8 to me.” Because it does. Really. Truly.