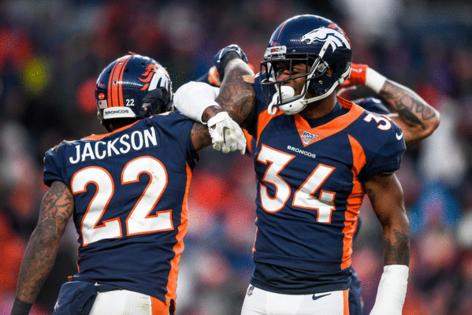 The Chiefs bypassed the chance to amplify their defensive backfield in the NFL Draft.

So they did it days afterward.

The Chiefs signed free agent safety Will Parks to a one-year contract, a source told The Star.

Parks, 26, has played for the Broncos and Eagles. The Broncos drafted him in the sixth round of the 2016 NFL Draft. He spent four full seasons in Denver before signing with the Eagles last offseason. After the Eagles waived him in December, the Broncos re-acquired him.

ESPN first reported his signing with the Chiefs.

Ahead of last week’s draft, Chiefs general manager Brett Veach mentioned the defensive secondary as a spot he might address. But their best-player-available strategy led instead to selecting a linebacker, two offensive linemen, a wide receiver, a tight end and a defensive end.

The Chiefs also signed former Notre Dame wide receiver Chris Finke, who was an undrafted free agent a year ago. The two additions Wednesday put their roster at the maximum 90 players.

Two days after Jerome Baker said he wanted to finish his career with the Dolphins, the Dolphins gave a three-year contract extension to the fourth-year linebacker on Sunday.

NEW YORK — Saquon Barkley seemingly is vaccinated for COVID-19, because he watched Tuesday’s Giants minicamp practice from the cafeteria and interacted with colleagues with no mask on.