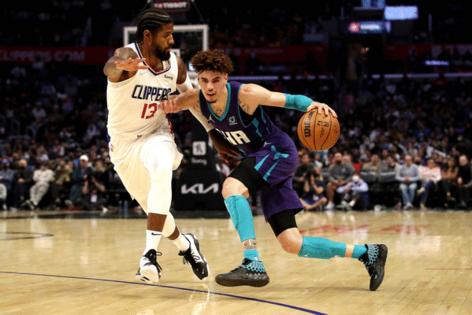 With the Charlotte Hornets still shorthanded, due to all their injuries, and LA Clippers at full strength for the first time in weeks, the bulk of the 13,945 in attendance at Spectrum Center on Monday night probably didn’t think they would be on their collective feet with mere seconds remaining.

But the Hornets had them thinking this may be their night — until things unraveled. Trouble executing down the stretch led to another Hornets loss, this time a 119-117 setback to the Clippers.

Here are some key takeaways from the Hornets’ third loss in their last four games:

Ever notice how the Hornets often have trouble closing out possessions? It’s one of their biggest issues and it usually has a direct result on their overall rebounding numbers.

Although the final numbers don’t tell the full story, those rebounding woes were prevalent once again and the Clippers took advantage of their height disparity inside with Ivica Zubac and Terrance Mann. The Clippers also had a clutch offensive rebound on the game-tying possession in the closing moments.

Digging deeper into their woes cleaning the glass, the Hornets are cheating too much trying to get cheap fast break buckets rather than focusing on the most important task: collecting the ball after it caroms off the rim.

Steve Clifford chuckled when asked how much he’s drilled that into the players’ heads.

“I’ve mentioned it once or twice,” the coach said. “That’s a big part of the NBA now. Can you offensive rebound and get back? Last year we were 28th in defensive rebounding, now we’re 23rd. It’s crushing us. It’s not small. And like I told them this morning, I could have made an edit yesterday morning when I was in here of every guy on the team leaking out. We do it on every shot and it’s crushing us. It’s not like some small thing.

“It’s not like you’re out here and this is the way we practice. This isn’t college. You can’t be doing blockout drills to me or anything like that and nor do you have to. What it does show (is) we don’t have the buy-in necessary and we don’t have natural defensive rebounders, so there has to be a change. Like real change.”

Not enough in reserve

Keeping pace with the Clippers’ bench was a difficult proposition for the Hornets.

In getting doubled up by Los Angeles’ bench 50-24, the inability to match their opponent’s reserves haunted the Hornets. It stems from all their injuries and what Clifford has to work with.

“If you have a great team, sometimes you can play with only one starter in the game,” Clifford said. “With the roster we have here presently right now, we need to have at least two starters in the game. And it’s hard to do that without playing those guys huge minutes.”