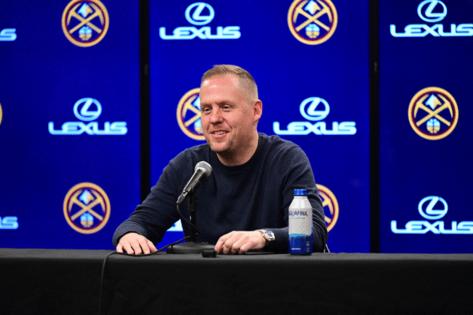 The Timberwolves were 15 months from their first training camp as an NBA expansion team when Billy McKinney was their first basketball hire in July 1988 as director of player personnel.

Then, on Aug. 28, Bill Musselman was hired as head coach. He would share personnel decisions with McKinney, and CEO Bob Stein would represent ownership in such discussions.

"As the honest answer, we made the mistake made by a lot of new owners in sports, and other new businesses," Stein said. "And that is to be hesitant to give one person complete control of your product — and your money — when you're not really certain of the path to success.

"We hadn't been in basketball, and the idea was, well, let's sort of do this by consensus at the start.''

I loved Musselman as a topic and chronicled him in many locales. Yet on Tuesday, I had to ask Stein: "Did you really feel consensus was possible with 'Muss' at the table?"

Stein laughed and said: "A person could always hope, couldn't he?"

There has never been a newcomer to a sports business more successful in hiring marketers and communicators than Stein. "I think over half of our first hires wound up running franchises in the NBA or other pro leagues,'' he said.

Great consensus in the boardroom, not in the basketball room.

McKinney was unhappy with his lack of authority and was gone one month into the second season. Asked about the Billy and Bill dynamic, Stein said at the time:

"You'd rather have everybody going to the movies together, eating popcorn and holding hands, but that's not reality.''

The first thing Trevor Noah said to Draymond Green when the big-talking Warriors star came on to The Daily Show was what so many have wondered.

“I’m shocked that you have time to do anything after winning your fourth ...Read More

SEATTLE — The Storm finalized a deal with Tina Charles and is adding the eight-time WNBA All-Star center for the second half of the season as the team ramps up for a playoff push.

LOS ANGELES — The Clippers and center Ivica Zubac have agreed to terms on a three-year, $33 million deal that has no options, according to people familiar with the negotiations but not authorized to speak publicly.

It’s obvious why the Hawks are seeking a trade for Spurs guard Dejounte Murray. He would be a great fit next to point guard Trae Young. The Hawks need good defenders, especially on the perimeter, and Murray checks that ...Read More

According to an NBA source familiar with the situation, the Miami Heat are willing to extend a fully guaranteed contract for the maximum-allowable three years to free-agent power forward P.J. Tucker.