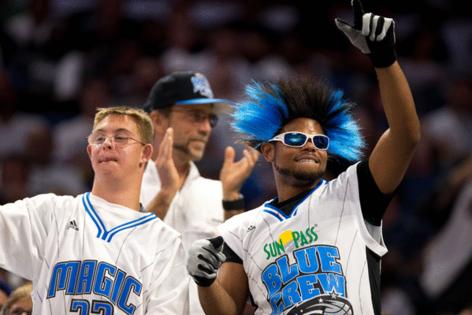 The Magic won Tuesday night’s draft lottery in Chicago, coming away with the No. 1 pick for the first time 2004.

After early success with the lottery, the Magic had either stayed at or fallen from their pre-lottery positioning in their last nine tries.

That trend ended, with the Magic, who entered Tuesday with the second-best odds of having a top-five pick, winning the lottery for the fourth time in the franchise’s history.