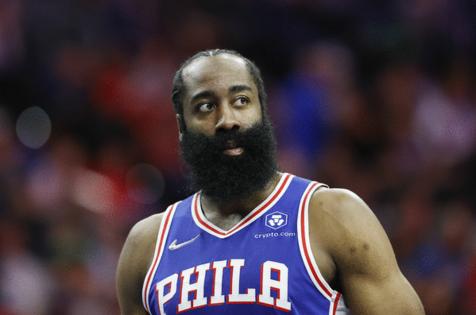 The biggest question facing the Sixers this summer is how difficult James Harden is going to make it on them. Everything else is going to be some derivative of three obvious truths.

1) The old version of Harden might have been worth $270 million over five years.

2) The elder version most definitely is not.

3) The Sixers need to keep Harden in the fold if they want to contend for a championship next year.

Those realities are not as contradictory as they seem. There is plenty of potential for conflict, yes. But Daryl Morey and his moneymen have little choice but to navigate it. That is what happens when you make a trade like the one the Sixers swung in mid-February. The Sixers have neither the time, the money, nor the assets to orchestrate yet another structural reboot. They have one option: build a contender with what they have.

Granted, one of the hardest parts of roster-building is distinguishing a sunk cost from a committed pot. But anybody who puts Harden in the first category probably isn’t being honest with themselves. Is Harden the player he was when the Sixers made their first run at him two years ago? No, obviously not. Is he the player they thought they were getting when they acquired him for Ben Simmons, two first-round picks, and two important depth pieces? No, probably not. Is he a player whom the Sixers can pair with Joel Embiid and build a roster around? Yes. Yes he is.

In a weird way, Harden’s 33 games with the Sixers went about as well as they could have gone given the circumstances. Scoff all you want about the fact that he only attempted 11 shots in the Sixers’ Game 6 loss to the Heat. The Harden you saw out there was not a player who should have been taking more than 11 shots. He was not a player you should have wanted to be taking more than 11 shots. In only taking 11 shots, Harden actually displayed a level of self-awareness that many would have thought impossible back when he was averaging 20.4 attempts per game in Houston. When the Sixers acquired him, the biggest question was whether he would be able to co-exist in an offense that included another ball-dominant player like Embiid. He answered that question. He can.

You don’t have to be a Harden apologist to acknowledge the potential we saw. In 10 games this postseason, the Sixers’ starting five outscored opponents by an average of 12.1 points per 100 possessions. In seven of those games, Embiid was playing with a torn thumb ligament. In four of them, he was playing with a torn thumb ligament and a fractured orbital socket. Yet the Sixers went 2-2 against the Heat in the games that Embiid played. And they did so despite a bench composed almost entirely of players who would not have been in the rotation had they been on the other team.

I get it. That’s a doozy of an alternate history. But it’s composed entirely of facts. Matisse Thybulle, Shake Milton, and Furkan Korkmaz combined to play 230 of the Sixers’ 1,440 minutes against the Heat. A championship team can’t afford to have any one of those guys on the court for a single meaningful minute. The Sixers had them out there for 230! And we haven’t even mentioned Georges Niang, who shot 4-for-25 from three-point range in his 94 minutes.

This isn’t an argument that Harden was a victim of circumstance. He was not the player the Sixers needed him to be. But that does not mean the Sixers cannot build a viable roster around the player who he is. The biggest thing we learned about Harden this spring is that he is not a player who, in his current form, can be a primary scorer on a championship team. That’s notable, and it’s why the Sixers would be foolish to re-sign Harden to anything approaching a max-level deal. But he showed enough as a pure point guard to make you think that the Sixers at least have the potential to surround him and Embiid with the necessary complementary pieces.

The Sixers don’t have a ton of flexibility to add those pieces, but they have some. Milton, Korkmaz, Thybulle, and Niang are on the books for a combined total of about $15 million in salary. In an ideal world, you’d be able to roll them into a trade that nets a wing or two who brings a better combination of defense and shooting. Trade Tobias Harris to a team with cap room, and the Sixers could have $12 to $15 million to spend in free agency. That would also leave them with an additional $5 million to spend using the Mid-Level Exception. All of this assumes Harden returns on his $47.3 million option. If the Sixers sign him to an extension at less that that number annually, they’d have even more flexibility to spend.

There is plenty of cause for hope to go with all of the obvious concerns. At 33, Harden might be a player in decline. But he also might be one who got the wake-up call he needed. Either way, the Sixers’ best path forward is clearly to build a more sensible team around Harden, Embiid, and soon-to-be third-year dynamo Tyrese Maxey. For the first time in a long time, the Sixers have a chance to navigate an offseason with their major pieces in place. Harden says he is committed to being here. Both sides need to make it happen.