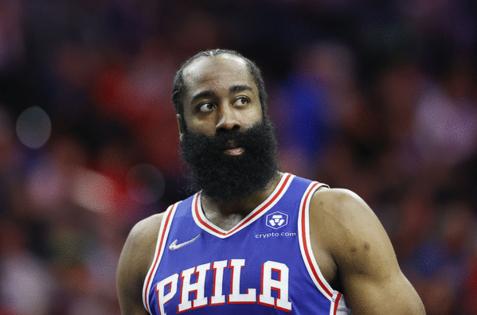 The question had been swirling for weeks, two little words bubbling beneath the red-white-and-blue crust of the Sixers’ latest strategic pivot. They did what they could to make you ignore it, to fool yourself into thinking that the best was yet to come. But it was always there, and with 1:08 left in a do-or-die Game 6, it exploded through the surface. The starters checked out, the subs checked in, and the stands began to empty.

For the several thousand fans still ringing the court once the final horn rang, not to mention the hundreds of thousands more that have followed this franchise’s increasingly desperate attempts to turn a good team into a great one, the only thing left to do was stare and wonder.

Where do they go from here?

Joel Embiid has an idea.

“When you have size and toughness, that goes a long way,” Embiid said after the Sixers’ were out-muscled, out-hustled, and thoroughly out-played in a 99-90 loss to the Heat that ended their season in Game 6 of the Eastern Conference semifinals on Thursday. “When you have someone like (Heat forward) P.J. Tucker — great player, but it’s not about him knocking down shots. It’s about what he does, whether it’s on the defensive end or rebounding the ball. Defensively, plays with so much energy. He believes that he can get from Point A to Point B, and he believes that nobody can beat him, and he’s tough. He’s physical and he’s tough. They have a few of those guys ...

“Since I’ve been here, I’d be lying if I said we’ve had those type of guys. Nothing against what we have. It’s just the truth. We never have P.J. Tucker. That’s really what I’m trying to say. I think physicality, especially when it gets to the playoffs or the later rounds, you need that. You need those guys that are really tough.”

If you are a Sixers fan, you have to hope that Daryl Morey saw the same thing as Embiid. Because it was there, and it mattered. This wasn’t just about the end-of-possession stuff: the rebounds, the second-chance points, the turnovers. Those things are just benchmarks that help to quantify the overall thing that the Sixers lacked in all six of their losses this postseason. Nothing looked easy for them, and too much of it looked easy for their opponents. Tobias Harris had a point when he blamed a lack of mental toughness for that sort of thing. But mental toughness tends to manifest itself in physical form, and the Sixers need more of those forms.

Granted, Morey has a lot of things he needs to figure out before he gets to figuring out how to replace guys like Shake Milton, Furkan Korkmaz and Matisse Thybulle with players who can actually bring positive value to a playoff basketball game. James Harden laid to rest at least one of those variables when somebody asked him whether he was still planning on exercising the player option in his contract and returning to the Sixers next season.