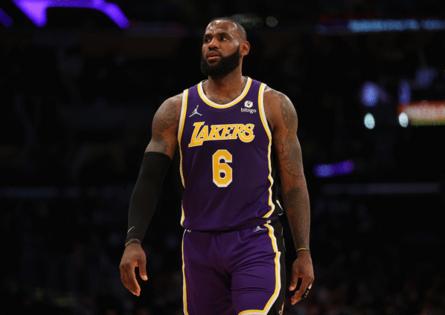 LOS ANGELES — The Lakers on Friday were as whole as they've been this season, yet they still looked broken and old and soft defensively in another home loss.

They have repeatedly cautioned everyone to expect the start of their season to be a bumpy ride because they'd need time to fit together, but as they passed the one-quarter point of their schedule is it still early or is it too late to write off their struggles as a product of unfamiliarity?

When is it time to wonder if this collection of superstars has the right stuff to play championship-caliber defense and keep up with opponents who are less talented but more opportunistic and scrappier than the Lakers were on Friday?

What if the way they stumbled through an awful 141-137 triple-overtime loss to perennially downtrodden Sacramento at Staples Center turns out to be who these Lakers really are?

They led the Kings by 13 points just under two minutes into the fourth quarter and couldn't hold on. They led by 12 points with just under nine minutes left in the fourth quarter. "We, obviously, would not like to be one game under .500 a fourth into the season," James said. "But we know we've got more room to improve — got a lot more room to improve."

In falling to 7-6 at home and 10-11 overall they were outrebounded, outhustled and outplayed by a team that they should have run out of the gym. And they knew it.

"We just, when we get an opportunity to knock a team out, we just allow them to stick around on a handful of plays: turnover here, can't get a rebound there, defensive breakdown, tough shot," coach Frank Vogel said. "Just haven't been able to pull away, but we continue to work on it.

It's difficult to picture great things in the Lakers' future after seeing their 19 turnovers on Friday, the 2-for-13 shooting by James from 3-point range, the off-balance performance from Anthony Davis, who made 9 of 22 shots (and none of the five he attempted from deep) in his first game back after missing the finale of their recent trip because of a fever. They had no clue how to stop guard De'Aaron Fox, who burned them for 34 points, or Buddy Hield, who scored 17 of his 25 points during the three overtimes.

In assembling an All-Star team this season they've sacrificed defense — which was vital to their 2020 bubble championship — in favor of offense and nostalgia. That formula isn't working now, and there's little reason to believe it will work later. It's easy to criticize Vogel's rotations, but the roster he's working with isn't meshing with his strengths as a coach.