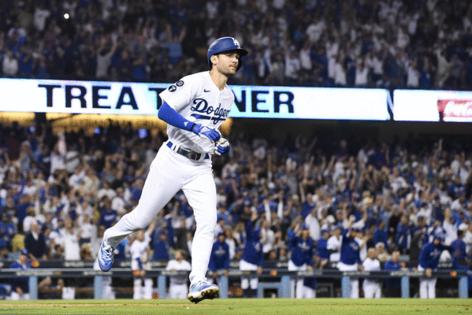 The biggest question was when. You can’t often say that about $300 million contracts. But Trea Turner’s was one of them. That’s how much sense he made for the Phillies. And if the Phillies were willing to pay him $27.5 million a year through his 40th birthday, well, they certainly made sense for him.

There’s a lot to digest here. You can’t overstate the immediate impact of adding a bat the caliber of Turner’s at a position as premium as shortstop. You also can’t overstate the risk the Phillies will carry on their books in the second half of this decade. Simply put, they are paying a lot of money for a long time with the reasonable hope that Turner will be a legitimate difference-maker for about half that time. In doing so, they’ve sent a loud signal that John Middleton is willing to spend whatever it takes to keep the Phillies near the top of the National League.

Let’s be clear. Turner is what it was going to take. With Bryce Harper expected to miss the first half of the season while recovering from elbow surgery and with zero no-doubt-about-it difference makers available to add to the rotation, the Phillies’ best chance at repeating their 2022 World Series run was to add a bat capable of giving them MVP-level production.

Their average numbers over the last four seasons are at least in the same ballpark:

The crucial distinction is that Turner will bring that production to shortstop, where the Phillies got just 12 home runs and a .651 OPS in 2022. When you combine that upgrade with the more abundant options to replace Harper at designated hitter, the Phillies have given themselves a chance to make it through the first four months of the season without a significant drop-off from what they had a year ago.

Once Harper returns, the Phillies will field a lineup that could look something like this: