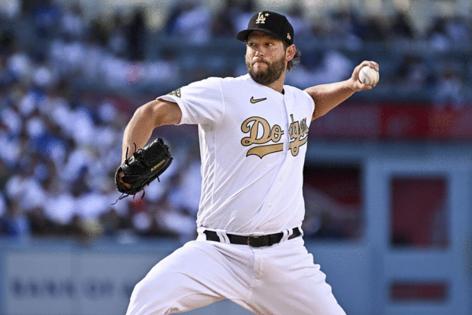 Still, as this offseason has progressed, their need for more starting pitching has been clear.

And while they did the expected on Monday morning, officially re-signing Clayton Kershaw to a one-year, $20-million contract on the first day of the league's winter meetings, they failed to pull off the spectacular, losing out in the Justin Verlander sweepstakes after news broke that the free-agent pitcher will be signing with the New York Mets.

Kershaw's return had been in the works for weeks, ever since news emerged last month that the sides were close to a deal that would keep the three-time Cy Young Award in Los Angeles for a 16th season.

While the Dallas-native again considered signing with his hometown Texas Rangers, he said he and wife Ellen decided pretty quickly into the offseason to return to the Dodgers. He added that the only reason his contract hadn't been finalized soon was because he had been "procrastinating" getting MRIs to complete his physical.

According to multiple media reports, Verlander will ink a two-year deal in New York that is worth $86 million guaranteed and includes an option for a third year.

In doing so, the reigning American League Cy Young Award winner will also be spurning the Dodgers, who had emerged as a finalist in his free agency in recent weeks.

Verlander would have filled an important need for the Dodgers, who even with Kershaw back in the fold remain a starter short for 2023.