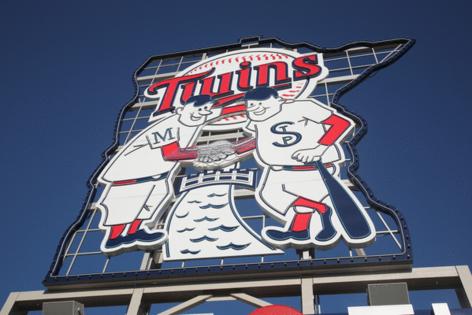 Jim Pohlad, who as Twins chairman had run the franchise since the death of his father, Carl, in 2009, on Monday informed team employees that he is stepping away from the day-to-day oversight of the team. Joe, his nephew, is the new Executive Chair. Jim Pohlad will remain active as an owner and as the team's liaison with Major League Baseball.

Joe Pohlad, 40, is the grandson of former Twins owner Carl Pohlad and the son of Bob Pohlad, one of Carl's three sons and a co-owner of the Twins. Joe headed the Twins' recent rebranding, including new uniforms and caps.

Monday, in an interview in downtown Minneapolis, Joe said he doesn't see much changing in the Twins operation, that he values the key members of the current baseball operation and that he doesn't even see the transition "as a big deal.''

He says he has worked closely with Jim Pohlad and the current Twins' leadership for years. If there is one aspect of his management style that might differ from Jim's, it might be that Joe expects to spend more time around the team.

"I'll be in the clubhouse,'' Joe Pohlad said. "I started going in there more frequently last year. Like so many things, I just need to figure it out as we go.''

Pohlad spoke highly of Twins President of Baseball Operations Derek Falvey and manager Rocco Baldelli, who came under fire last year as the Twins failed to hold their lead in the American League Central division.

"Rocco and I have a good relationship,'' he said. "A friendship. And I think that if done respectably, being in the new role, I can go down there and interact in a respectful way.

"I'm closer in age to Rocco and some of those guys. Hopefully, I can be a relatable, not-dorky, owner.''

Joe Pohlad was CEO of Go Media, which owned local radio stations, for a few years, but he has maintained an office and a daily presence at Target Field since 2007. He lives in Minneapolis with his wife and three sons.