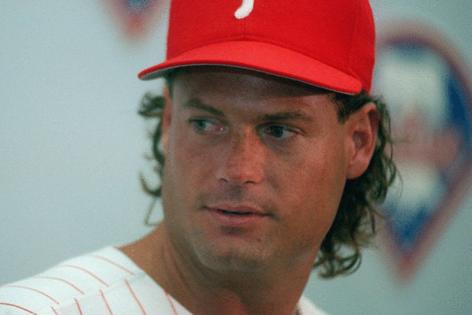 PHILADELPHIA — Tommy Greene made 30 starts for the 1993 Phillies, taking the ball almost every fifth day as a workhorse pitcher for the National League champions.

It was the most starts of his eight-year career, but not every night was perfect. There were games when his command was wavering or his breaking ball was not sharp or his pitches just didn’t have the same bite. Those outings, Greene said, are inevitable over the course of a long season.

And whenever they happened, it would not take long for Johnny Podres to leave the dugout and head to the mound.

“He was the most positive guy on the planet,” Greene said of the team’s pitching coach. “He would say ‘Hey, man, you’re throwing the ball great. You have great stuff today. Let’s get settled down and take a deep breath.’”

Podres returned to the dugout, leaving Greene alone on the mound with Darren Daulton. The pitcher looked at his catcher, both of them wondering what game the coach was watching.

“We’d laugh,” Greene said. “He would say, ‘Trust me. Follow me. We might have to use some smoke and mirrors here.’ He was good at knowing what you had that day. It was easy to trust Dutch.”

It has been five years since Daulton — the heartbeat of the wacky, wonderful bunch of throwbacks who went from worst to first in 1993 — died from brain cancer. He led the Phils that summer in home runs and RBIs as a power-hitting catcher. But it was away from the batter’s box where Daulton cemented his legacy.

He overcame nagging knee injuries to play 147 games that season, rallied his teammates every day in the clubhouse, held late-night meetings in the trainer’s room that have almost grown into myths, and made the pitchers believe in themselves even when their arms said otherwise.

It’s hard to believe, Greene said, that Saturday marks five years since his death. And yet Daulton is still inspiring others the way he did his teammates.

The foundation Daulton launched in 2013 after he was diagnosed with glioblastoma gave out more than $250,000 last year in grants to assist those suffering from malignant brain tumors. The money is meant to ease the burden of a devastating disease by perhaps paying a bill each month for a patient or helping cover other costs.