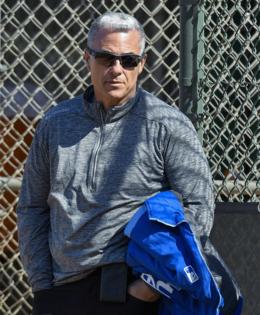 KANSAS CITY, Mo. — The week I started working at The Star, in June 2013, the Royals hadn’t been to a postseason since 1985 and fell to 23-32 with a loss to Minnesota at the beginning of a nine-game homestand.

Six men were in the lineup that day who would become crucial to back-to-back American League titles the next two seasons; the group largely reflected the beginning of the blossoming of a fertile minor-league system that had been assembled with a radical overhaul by then-general manager Dayton Moore.

There was no way to know what that was building to then, of course. And the fan cynicism properly stoked by decades of futility always was bubbling and largely focused on Moore and manager Ned Yost along with owner David Glass.

To those whose minds were made up that leadership change was needed, no move seemed right:

Not the 2010 trade of Zack Greinke that yielded Lorenzo Cain and Alcides Escobar, among other elements of the deal. Not the 2012 trade primarily built around Wil Myers for James Shields and Wade Davis. Not when to keep young players in the lineup even as they struggled, like Yost did with Escobar, in particular, and not the timing of when to call up the wave of the future.

Even after the Royals went 86-76 that season to mark their second winning season since 1993 and the fourth of what would become six straight years of a steadily improving record, pessimism was a prevailing sentiment into 2014.

Heck, it was at its peak in the middle of the wild-card game that year against Oakland.

All the fury of a generation-plus of failure was unleashed in the intense booing of Yost as he walked off the field after his baffling sixth-inning hook of Shields for Yordano Ventura backfired with Brandon Moss’ three-run homer. That was part of a five-run inning, you’ll recall, that left the Royals down 7-3 and seemingly out.

You know what happened next: The ensuing miracle comeback became a catalyst for two enchanting postseasons that will be lifetime treasures for a lot of us.

All of that seems long ago and far away now.