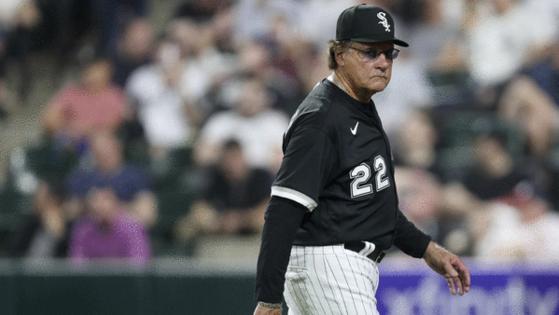 There are 50 shades of Tony LaRussa, and we saw a few this week.

There was Happy Tony before his Chicago White Sox opened a homestand Monday on the first summerlike night on the South Side, with Yoán Moncada and Joe Kelly back and his team riding a six-game winning streak. Their eight-game skid was in the rearview mirror, and better days were ahead.

Then we got a glimpse of Ornery Tony late Monday after the Sox blew a six-run, ninth-inning lead to the Cleveland Guardians and eventually lost 12-9 in 11 innings.

The Sox committed four errors, including two in the fateful ninth by Moncada and Tim Anderson before Josh Naylor’s tying grand slam off Liam Hendricks. La Russa defended Moncada after when asked about the two errors, saying the ball had hopped up on the third baseman.

“What was the other one you didn’t like?” La Russa asked CHGO reporter Vinnie Duber.

Duber pointed out the error by Anderson.

“Did you ever try to throw something?” La Russa asked.

Duber pointed out Anderson’s error was on a missed catch from an outfield relay.

“We didn’t lose that game because of our defense,” La Russa said. “I disagree with that, so …”

This is all part of La Russa’s competitive nature, we’re told, which was why Chairman Jerry Reinsdorf brought him out of retirement to finish the job Rick Renteria couldn’t. No one takes it personally when La Russa questions the validity of a valid question. Occupational hazard.