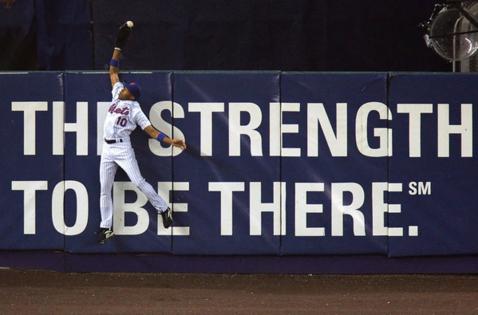 NEW YORK — Endy Chavez knows the occasion for the call.

Still, to hear it out loud was headshaking for the former New York Mets outfielder who made one of the greatest catches in baseball history.

Indeed, it has been that long. Tuesday, Oct. 19 is the 15th anniversary of Chavez tracking Scott Rolen’s deep fly ball, leaping with reckless abandon toward the left-field fence, and coming back with a snow-coned home run robbery to keep Game 7 of the 2006 NLCS tied at one run apiece.

“People always talk about that catch every time they see me,” Chavez reveals to the Daily News. “They still talk about it like it was yesterday.”

While the Mets would eventually lose that game to Rolen’s St. Louis Cardinals — who themselves went on to win the World Series — that night, and particularly Chavez’s acrobatics, are forever etched in the memories of those who shared the field with him.

“It’s going to stay in my mind for, who knows how long? Maybe until the day that I die,” says Jose Valentin, the Mets’ second baseman. “I still remember that game perfectly.”

The Mets put together the National League’s best record in 2006 with an emphatic 97 wins. The Cardinals, meanwhile, took the moribund NL Central at 83-79, the second-lowest win total for any division winner in the wild card era. After the Mets defeated the Los Angeles Dodgers and the Cards breezed through San Diego in the division series, the underdogs proved to be more than a handful.

The teams split the first six games to set up an event for the ages, a winner-take-all bloodbath at Shea Stadium. The American League champion Detroit Tigers awaited the winner. But with Detroit fielding a young, unproven squad, both dugouts knew they were playing for all the marbles.

“Either of those two teams would have won the World Series,” says Oliver Perez, the Mets’ starting pitcher for Game 7.

The lockout is about to burst through the door like Kramer, and in anticipation of that, general managers, players and agents answered one ...Read More

There is a signing bonus, escalator clauses tied to award voting, an ...Read More

The deal would make Seager one of the ...Read More

The Dodgers tend to treat matters in their universe as state secrets. Information is king in Major League Baseball nowadays. The Dodgers, preeminent data connoisseurs, prefer not to share any. This year, that included Max ...Read More