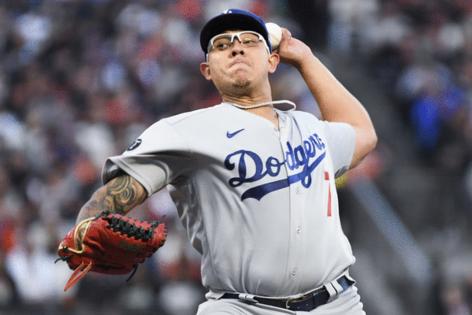 "Just seems like Julio has this weird but, like, old soul about him," Betts said. "He just gets on the mound like he's been there, he's done it."

Because the Dodgers left-hander has.

And this is the paradox of Urías.

He's already six years into his major league career. He's also only 25, which makes him the oldest 25-year-old in baseball.

Assigned an adult's workload for the first time, Urias came of age as a pitcher this season, starting 32 regular-season games, pitching 185 2/3 innings and becoming the sport's first 20-game winner in five years.

On Thursday, the Mexican star will scale the mound at Oracle Park for the Dodgers in their most important game of the season, Game 5 of the National League Division Series against the San Francisco Giants.

"I don't think we could have any more confidence in someone going than we do in Julio," said right-hander Walker Buehler, who started Game 4 on Tuesday night.