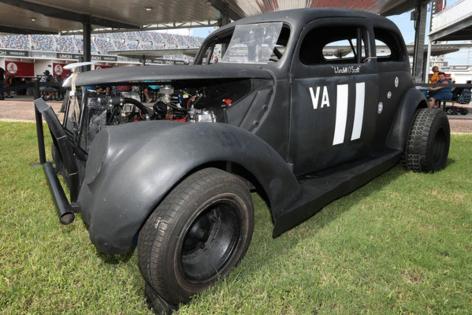 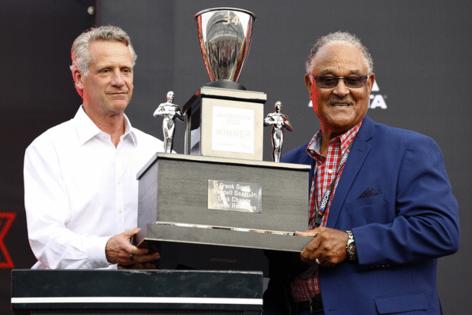 Before Wendell Scott died in 1990, he accurately predicted the future.

The former NASCAR driver, team owner and mechanic had a hunch that he would eventually receive his rightfully-deserved recognition.

In 1963, Wendell Scott won a NASCAR race in Jacksonville, Fla. It was an historic victory because he became the first — and to this day only — Black driver to win a race at NASCAR’s top level.

Instead of the fanfare, photos and kiss from the track’s white trophy queen typically bestowed upon the winners, Scott left quietly after the crowd dissipated with his two-man crew and a $1,000 winner’s check.

Despite having crossed the line first, Scott was not initially announced as the winner. Turns out, there was a scoring error, and the popular white driver, Buck Baker, received the celebration earlier.

NASCAR only deemed Scott the winner after he asked for a review. At the time, scorecards were handwritten and “often subject to honest human error or outright cheating,” longtime motorsports reporter Al Pearce wrote in a 2020 Autoweek article.

Scott suspected the latter in his case: cheating motivated by racism. Accounts differ over the race finish and whether the error was intentional, but NASCAR officially recognized Scott’s victory in its record books. In 2015, he was posthumously inducted into the NASCAR Hall of Fame as a pioneer of the sport. He’s a member of at least six other Hall of Fame classes for his contributions to motorsports, but he never received his NASCAR trophy.

Stewart-Haas Racing has two drivers locked into the postseason heading into NASCAR’s regular Cup season finale this Saturday at Daytona, but team owner Tony Stewart still sees much room for improvement at the four-car ...Read More

NASCAR Cup Series director Jay Fabian has stepped away from his role in response to multiple animal cruelty charges.

NASCAR’s Cup Series has one race remaining in the regular season as drivers battle for points heading into playoffs. The Coke Zero 400 at Daytona is 7 p.m. Saturday on NBC.

Below are The Charlotte Observer’s power ...Read More

Smith, 52, was a longtime running back for the Dallas Cowboys and rushed...Read More